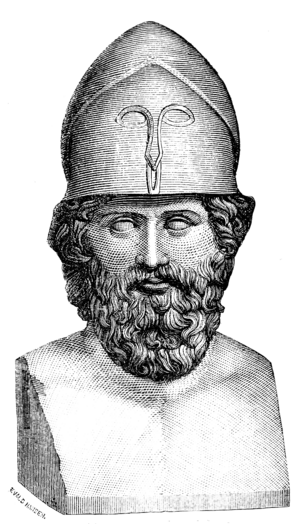 Themistocles in an 1875 illustration

After the war he became unpopular and had to leave. He went to work for the Persian Empire.

All content from Kiddle encyclopedia articles (including the article images and facts) can be freely used under Attribution-ShareAlike license, unless stated otherwise. Cite this article:
Themistocles Facts for Kids. Kiddle Encyclopedia.