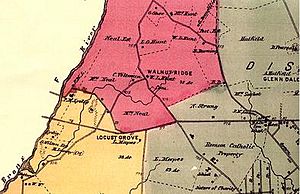 Van Nest is a working-class neighborhood geographically located in the east Bronx borough of New York City in the United States. The neighborhood is part of Bronx Community Board 11. Its boundaries, starting clockwise are as follows: Bronxdale Avenue to the northeast, the Amtrak tracks to the southeast, and Bronx Park to the west. Van Nest predated Morris Park by 20 years and is considered the older of the two communities. Morris Park Avenue and White Plains Road are the primary commercial thoroughfares through Van Nest. ZIP codes include 10460 and 10462. The area is patrolled by the 49th Precinct located at 2121 Eastchester Road in Morris Park. 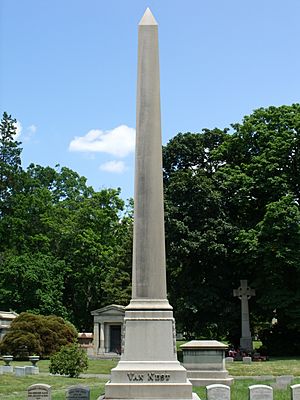 The neighborhood got its name from the former Van Nest station on the New York, New Haven and Hartford Railroad, which was named after the father of Abraham R. Van Nest, a director of the railroad. Van Nest predated Morris Park by 20 years and is considered the older of both communities. A short railroad spur was constructed off the main line from the Van Nest station to serve the adjacent Morris Park Racecourse, which was the site of thoroughbred horse racing from 1889 to 1904. Between 1892 and 1896, lots were subdivided from farmland by the Van Nest Land & Improvement Company. Before the city graded the streets in 1895, the flat terrain and accumulation of rainwater in low-lying areas resulted in this area being nicknamed "Mud West". The multi-legged intersection of Van Nest Avenue, Unionport Road, and Victor Street is still known as the "Five Corners" by many old timers and locals.

Van Nest has a population under 15,000. The neighborhood has a concentration of Puerto Ricans and also contains a significant African American population. A small longstanding Italian and Albanian population exist east of White Plains Road near Morris Park. The majority of residents rent. Almost 20% of the population lives below the poverty line.

Land use and architecture 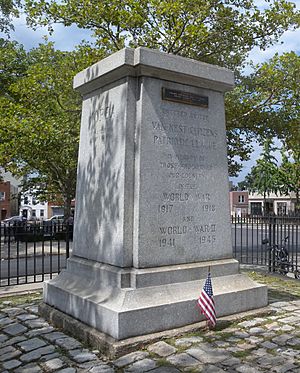 Van Nest is dominated by single family homes of various types. There are also some tenements scattered across the neighborhood. The total land area is roughly one square mile. Architectural styles are diverse in Van Nest, which was started as a residential community in 1893. Italianate, Queen Anne, Art Deco and contemporary brick and mortar are all found. Con Edison's Van Nest Service Center is located north of the Amtrak Northeast Corridor line between Unionport Road and Bronxdale Avenue, occupying the former maintenance shops of the New York, New Haven and Hartford Railroad. The Con Edison Service Center was purchased in September 1959 from the New York, New Haven and Hartford Railroad for $3 million. The former Van Nest Yards were built in 1907 and the Yards, now Con Edison Service Center consists of 940,000 square feet (87,000 m2).

Van Nest Park is bound by White Plains Road to the east, Unionport Road to the west, and Van Nest Avenue to the north. Mead Street bisects Van Nest Park from Van Nest Memorial Square, which houses the war memorial. Van Nest Park was acquired by New York City in August 1913, the present location of Van Nest Memorial Square. In April 1922, the land was placed under Parks' jurisdiction. The monument, which stands at the center of the original park, was erected in April 1926 by the Van Nest Citizens' Patriotic League, who were, at one time, located at 1800 Hunt Avenue. The monument is made of Deere Isle granite and was designed by architect Arthur G. Waldreaon. The park, like the neighborhood, was named after Reynier Van Nest, a saddle maker.

Three of the four granite panels have the names of fallen soldiers from World War I, Korea, and Vietnam. The main facing panel has a tribute to fallen soldiers from World War II. By 1938, the park expanded to include not only a monument but playground equipment. The monument was rededicated by the Italian-American War Veterans' Bronx County Post #39 in October,1973. Memorial and Veterans' Day services have been reinstituted in previous years to pay respect to the deceased, as well as current and former servicemen and women. The monument area is slated to be redesigned and upgraded starting in October 2017. Additionally, a flagpole will be added to complete renovation.

In 1997, Mayor Rudy Giuliani funded a $30,000 renovation of the park replacing the old playground equipment. Dialogue concerning the renovation of the park was started in 2010. However, as of May 2011, $950,000 had been allocated for renovations to the playground. Construction of the park was started in March 2014 and lasted for a year. The renovated park's railroad theme is based on the neighborhood's long-standing ties to the Van Nest station along the Northeast Corridor. Additionally, security cameras were installed through a contribution from Cross-County Federal Bank to monitor night time activity in the park. State Senator Jeffrey D. Klein was instrumental in securing the proper permits for the cameras. Van Nest Park, after being completely renovated, was officially opened to the public in May 2015.

Bus service is provided by the following routes: 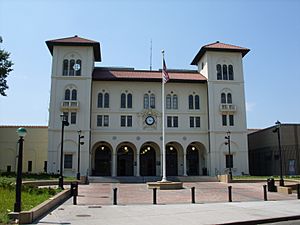 The IRT White Plains Road Line subway line operates along Birchall Avenue and has a stop at the Bronx Park East station (2 5 trains). The IRT Dyre Avenue Line (5 train) occupies the old right of way of the New York, Westchester and Boston Railway (NYW&B), which stopped running in 1938.

The East 180th Street station of the New York City Subway was once the Administration Building for the NYW&B. Located at 481 Morris Park Avenue at the intersection of East 180th Street, it is a current stop for the IRT White Plains Road Line, which was built in 1912. The station was designed by Stem, Allen H., Fellheimer & Long. Its design is reminiscent of late 19th and early 20th century revivals. It was placed on the National Register of Historic Places on April 23, 1980. Starting in March 2010, the station had undergone a rehabilitation through the architectural efforts of Lee Harris Pomeroy. Some of the improvements include fixing up the entrance and forecourt; replacing parts of the canopy roof, track beds, platforms and platform edges; adding new elevator access to improve circulation; and repairing electrical, mechanical, plumbing, lighting and communication equipment. Community groups hope to see the addition of businesses inside the station such as a barber shop, shoe repair, and dry cleaners which existed at one time many decades ago. The New York City Transit Authority paid $66.6 million for the station's renovation and the Citnalta Construction Corporation contributed the cost of the 45-inch clock with Roman numerals on the facade. The NYPD's Transit District #12 resides directly across the street from the East 180th Street station at 460 Morris Park Ave. 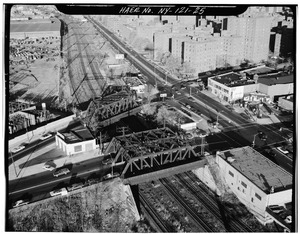 The Amtrak Northeast Corridor line is only used by trains traveling to and from Penn Station via the Hell Gate Bridge, and connects with Metro-North's New Haven Line in New Rochelle. However, the Metropolitan Transportation Authority (MTA) is performing a Federal Environmental Assessment which could possibly bring Metro-North's New Haven service along the Hell Gate Line. This assessment will be completed by 2013. Four possible new stations include Hunts Point, Parkchester-Van Nest, Morris Park, and Co-Op City. The cost of the project is estimated at $350 million with the state of Connecticut funding $100 million and the state of New York funding the remaining $250 million. If built, the Parkchester-Van Nest station would occupy the footprint of the former Van Nest station.

Although more of a social landmark, Conti's Bakery was established on October 1, 1921 on Victor Street and eventually relocated to 786 Morris Park Avenue in 1928. Purchased in 2003 by Sal Paljevic from the original owners, it went through a four-week renovation in February 2007 to restore its tin ceiling and wood panel walls. Other antique features include an original marble countertop, collection of black-and-white photographs and vintage tin advertisements. In the summer of 2005, the exterior of the bakery was renovated to include a retractable, old-fashioned awning and traditional display windows. Conti's Bakery is known for its legendary Boston cream pie.

Riviera Ravioli, another famous Van Nest institution. is located at 643 Morris Park Avenue. It started out as a deli back in 1946 and eventually moved to its present location in 1976. Riviera features a wide variety of not only ravioli but specialty filled raviolis such as lobster, crab and walnut. Other types of pasta include: tortellini, cavatelli, manicotti, and fettuccini. According to its owner, Joseph Giordano the name Riviera Ravioli has its origins from the Italian Riviera which is located in the northwest portion of Italy. Giordano's descendents are from that area specifically. Riviera Ravioli has closed as of August 2014.

The Morris Park Boxing Club located at 644 Morris Park Avenue was started back in 1978 by Joe DeGuardia Sr. Joe DeGuardia, the founder's son presently owns the club. Dex Pejcinovic, a former club member and fighter oversees the daily operations. The club had a setback in December 2009 with an electrical fire which displaced members of the club and residents living in the apartments above the club. Some notable fighters to come out of the Morris Park Boxing Club include WBA world champions welterweight Aaron Davis and light heavyweight Lou Del Valle.

All content from Kiddle encyclopedia articles (including the article images and facts) can be freely used under Attribution-ShareAlike license, unless stated otherwise. Cite this article:
Van Nest, Bronx Facts for Kids. Kiddle Encyclopedia.