About 5.5 million Italians immigrated to the United States from 1820 to 2004. Immigration began to increase during the 1870s, when more than twice as many Italians immigrated (1870–79: 46,296) than during the five previous decades combined. The 1870s were followed by the greatest surge of immigration, which occurred in the period between 1880 and 1914 and brought more than 4 million Italians to the United States, the great majority being from Southern Italy and Sicily. This period of large scale immigration ended abruptly with the onset of the First World War in 1914 and, except for one year (1922), never fully resumed. Further immigration would be greatly limited by a number of laws passed by Congress in the 1920s.

Approximately 84% of the Italian immigrants came from the former Kingdom of the Two Sicilies. This was the poorest and least developed part of Italy, still largely rural and agricultural, where much of the populace had been impoverished by centuries of foreign misrule, and an oppressive taxation system imposed after Italian unification in 1861. After unification, the Italian government initially encouraged emigration to relieve economic pressures in the South.

After the American Civil War, which resulted in over a half million killed or wounded, immigrant workers were recruited from Italy and elsewhere to fill the labor shortage caused by the war. In the United States, most Italians began their new lives as manual laborers in Eastern cities, mining camps and in agriculture. The descendants of the Italian immigrants gradually rose from a lower economic class in the first generation (1890s–1920s) to a level comparable to the national average by 1970. By 1990, more than 65% of their descendants were managerial, professional, or white-collar workers. The Italian community has often been characterized by strong ties to family, the Roman Catholic Church, fraternal organizations, and political parties. 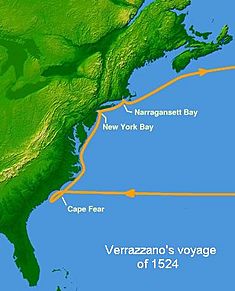 Italian navigators and explorers played a key role in the exploration and settlement of the Americas by Europeans. Christopher Columbus, the explorer who first reached the Americas in 1492–1504, was Italian. Another notable Italian explorer, Amerigo Vespucci, who explored the east coast of South America between 1499 and 1502, is the source of the name America. England's claims in North America were based on the voyages of the Italian explorer John Cabot (Giovanni Caboto) and his son Sebastian Cabot (Sebastiano Caboto) in the early 16th century. In 1524 the Italian explorer Giovanni da Verrazzano was the first European to map the Atlantic coast of today's United States, and to enter New York Bay.

A number of Italian navigators and explorers in the employ of Spain and France were involved in exploring and mapping their territories, and in establishing settlements; but this did not lead to the permanent presence of Italians in America. In 1539, Marco da Nizza, explored the territory that later became the states of Arizona and New Mexico.

The first Italian to reside in America was Pietro Cesare Alberti, a Venetian seaman who, in 1635, settled in what would eventually become New York City.

Beginning in 1863, Italian immigrants were one of the principal groups, along with the Irish, that built the Transcontinental Railroad west from Omaha, Nebraska.bIn 1866 Constantino Brumidi completed the frescoed interior of the United States Capitol dome in Washington, and spent the rest of his life executing still other artworks to beautify the Capitol. The first Columbus Day celebration was organized by Italian Americans in San Francisco in 1869. 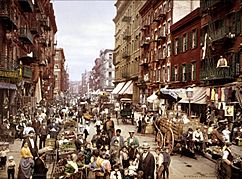 Mulberry Street, along which New York City's Little Italy is centered. Lower East Side, circa 1900 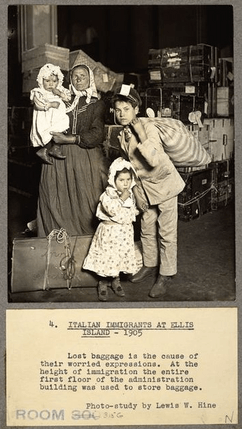 Italian immigrants entering the United States via Ellis Island in 1905

Italian unification in 1861 caused economic conditions to considerably worsen for many. Major factors that contributed to the large exodus from southern Italy and Sicily after unification, included: political and social unrest. The poor economic situation following unification became untenable for many sharecroppers, tenant farmers, and small business and land owners. Multitudes chose to emigrate rather than face the prospect of a deepening poverty. A large number of these were attracted to the U.S. which, at the time, was actively recruiting workers from Italy and elsewhere to fill the labor shortage that existed in the years following the Civil War. Often, the father and older sons would go first, leaving the mother and the rest of the family behind until the male members could afford their passage.

From 1880 to 1915, an estimated 13 million Italians migrated out of Italy, making Italy the scene of the largest voluntary emigration in recorded world history.

During this period of mass migration, 4 million Italian immigrants arrived in the United States, the majority from 1900 to 1914. Once in America, the immigrants faced great challenges. Often with no knowledge of the English language and with little formal education, many of the immigrants were compelled to accept low-wage manual-labor jobs, and were frequently exploited by the middlemen who acted as intermediaries between them and the prospective employers.

Many sought housing in the older sections of the large Northeastern cities where they settled, that became known as "Little Italies", frequently in overcrowded substandard tenements which were often dimly lit with poor heating and ventilation. Tuberculosis and other communicable diseases were a constant health threat for the immigrant families that were compelled by economic circumstances to live in these dwellings. Other immigrant families lived in single-family abodes, which was more typical in areas outside of the enclaves of the large Northeastern cities, and other parts of the country as well. 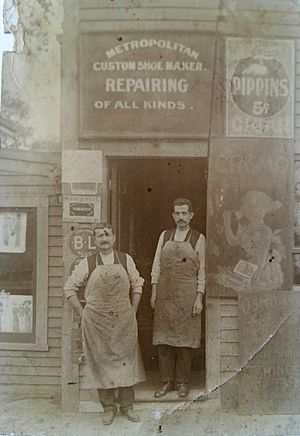 An estimated 49 per cent of Italians who migrated to the Americas between 1905 (when return migration statistics began) and 1920 did not remain in the United States. These so-called "birds of passage", intended to stay in the United States for only a limited time, followed by a return to Italy with enough in savings to re-establish themselves there. While many did return to Italy, others chose to stay, or were prevented from returning by the outbreak of World War I.

The Italian male immigrants in the Little Italies were most often employed in manual labor and were heavily involved in public works, such as the construction of roads, railway tracks, sewers, subways, bridges and the first skyscrapers in the northeastern cities. As early as 1890, 90 percent of New York City's public works employees were Italian. The women most frequently worked as seamstresses in the garment industry or in their homes. Many established small businesses in the Little Italies to satisfy the day-to-day needs of fellow immigrants.

A New York Times article from 1895 provides a glimpse into the status of Italian immigration at the turn of the century. The article states:

Of the half million Italians that are in the United States, about 100,000 live in the city, and including those who live in Brooklyn, Jersey City, and the other suburbs the total number in the vicinity is estimated at about 160,000. After learning our ways they become good, industrious citizens. 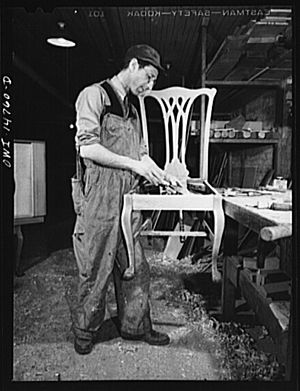 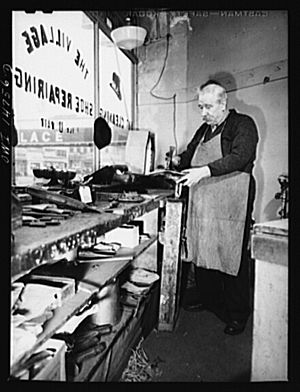 In spite of the economic hardship of the immigrants, civil and social life flourished in the Italian American neighborhoods of the large Northeastern cities. Italian theater, band concerts, choral recitals, puppet shows, mutual-aid societies, and social clubs were available to the immigrants. An important event, the "festa", became for many an important connection to the traditions of their ancestral villages in Italy. The festa involved an elaborate procession through the streets in honor of a patron saint or the Virgin Mary in which a large statue was carried by a team of men, with musicians marching behind. Followed by food, fireworks and general merriment, the festa became an important occasion that helped give the immigrants a sense of unity and common identity.

By 1920, the Little Italies had stabilized and grown considerably more prosperous as workers were able to obtain higher-paying jobs, often in skilled trades. English was now the language most commonly heard on the streets of the Little Italies.

In the post-war years, jobs as policemen, firemen and civil servants became available to Italian Americans; while others found employment as plumbers, electricians, mechanics and carpenters. Women found jobs as civil servants, secretaries, dressmakers, and clerks. With better paying jobs they moved to more affluent neighborhoods outside of the Italian enclaves. The Great Depression (1929–39) had a major impact on the Italian American community, and temporarily reversed some of the earlier gains made. Many unemployed men (and a few women) found jobs on President Franklin D. Roosevelt's New Deal work programs, such as the Works Progress Administration and the Civilian Conservation Corp.

In the 1920s and 1930s Italian Americans contributed significantly to American life and culture via, politics, music, film, the arts, sports, the labor movement and business. 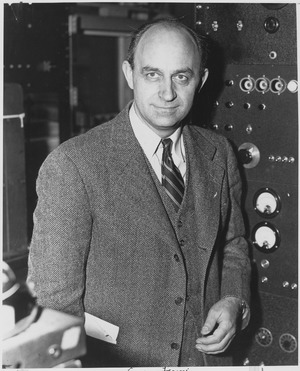 Seven Italian Americans became Nobel Prize laureates in the post-war decades. Italian Americans continued to serve with distinction in the military, with four Medal of Honor recipients in the Korean War and eleven in the Vietnam War. 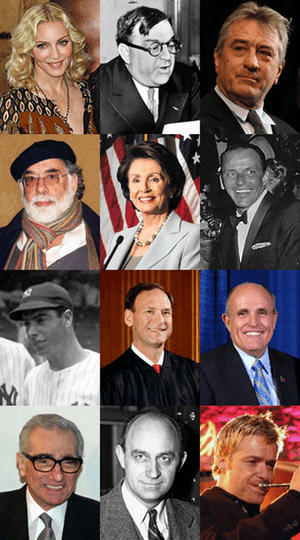 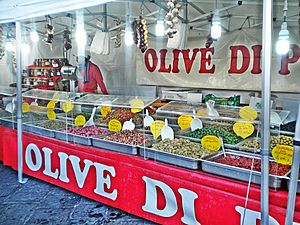 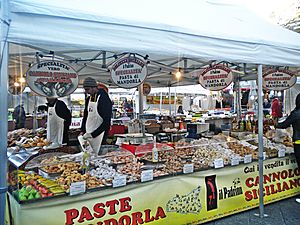 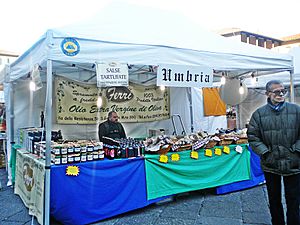 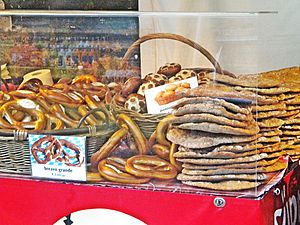 Feast of Italian taste and flavor 14

By the close of the 20th century, Italian Americans had achieved education, employment and income parity with Americans in general. They had excelled in all fields of endeavor, and had made substantial contributions in virtually all areas of American life and culture.

Italian Americans had served with distinction in all of America's wars, and over thirty had been awarded the Medal of Honor. A number of Italian Americans were serving as top-ranking generals in the military, including Anthony Zinni, Raymond Odierno, Carl Vuono and Peter Pace, the latter three having also been appointed Chief of Staff of their respective services.

Currently, there are more than 300 Italian feasts celebrated throughout the United States. The largest is Festa Italiana, held in Milwaukee every summer. These feasts are visited each year by millions of Americans from various backgrounds who come together to enjoy Italian music and food delicacies. In the past, as to this day, an important part of Italian American culture centers around music and cuisine.

Within a century of the period of peak immigration, Italian Americans had achieved prominence in politics, the judiciary, business, the professions, the military and the Catholic hierarchy. They were counted among the country's best known sports and entertainment figures.

Italian-American culture, and transplanted Italian culture, have influenced American culture in a variety of ways, such as: restaurants, foods, coffees and desserts; wine production (in California and elsewhere in the U.S.); popular music, starting in the 1940s and 1950s, and continuing into the present; operatic, classical and instrumental music; jazz; fashion and design; "Capra-esque" movies (in the style of Frank Capra); Italianate architecture, in homes, churches, and public buildings; Montessori schools; Christmas crèches; fireworks displays; bocce; Columbus Day parades; and the commemoration of Columbus, as reflected in numerous monuments, city names, names of institutions and the poetic name, "Columbia", for the United States itself.

The Italian American Museum in New York City, established in 2001, is dedicated to the struggles of the Italian immigrants and their descendants, and to their achievements and contributions to American culture and society. The Italian Heritage and Culture Committee – NY, Inc. was founded in 1976, and has organized special events, concerts, exhibits and lectures celebrating Italian culture in New York City. Each year it focusses on a theme representative of the history and culture of Italy and Italian Americans.

The Italian American Museum of Los Angeles is dedicated to the history, experience and continuing contributions of Italian Americans and Italians in Southern California and the United States, and is the first such museum in Southern California. The museum opened in 2016 and has presented historical exhibits on Italians in Los Angeles, including Sunshine and Struggle and a variety of educational and cultural events.

All content from Kiddle encyclopedia articles (including the article images and facts) can be freely used under Attribution-ShareAlike license, unless stated otherwise. Cite this article:
Italian American Facts for Kids. Kiddle Encyclopedia.