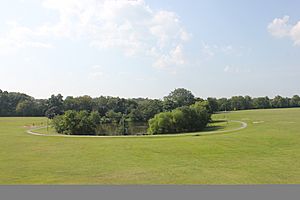 Willingboro Township is a township in Burlington County, New Jersey, United States, and a suburb of Philadelphia. The Township has British roots going back to the 17th century. Abraham Levitt and Sons purchased and developed Willingboro land in the 1950s and 1960s as a planned community in their Levittown model.

The 1967 book The Levittowners, by sociologist Herbert J. Gans, was a famous case study in American urban sociology based on the development of Levittown. Willingboro later became a predominantly African American suburb, and is more recently attracting a growing Muslim population.

Willingboro was one of the original nine divisions in the organization of Burlington County within West Jersey, and was originally formed as the "Constabulary of Wellingborrow" on November 6, 1688. At the time, it included present day Delanco Township, New Jersey. The original name of Wellingborough was after the community in England, which was the hometown of Thomas Ollive, who led the original settlers into what would become Willingboro Township. Other spellings were used at different times.

After the establishment of the United States and the State of New Jersey, the community was formally incorporated as "Willingborough Township", one of New Jersey's initial group of 104 townships, on February 21, 1798, by the New Jersey Legislature when it enacted "An Act incorporating the Inhabitants of Townships, designating their Powers, and regulating their Meetings", P.L. 1798, p. 289. This makes Willingboro one of the oldest townships in the State.

In the 1950s and 1960s, Willingboro was the location for a massive residential development by Levitt & Sons. The town was to be Levitt & Sons' third and largest Levittown development, following similar projects in New York and Pennsylvania. Levitt acquired the great majority of the land in Willingboro; the historic community of Rancocas, in the southeast portion of the township, was annexed to Westampton Township to keep it from being bulldozed, as Levitt wished to keep the development within the boundaries of a single municipality. The first Levittown homes were sold in June 1958, at which time the community was already known as Levittown, New Jersey.

The town's name was changed from the original Willingboro to "Levittown Township" by a referendum of township residents held on November 3, 1959. Willingboro was less than 12 miles (19 km) from Levittown, Pennsylvania and this occasionally caused confusion. A referendum held on the issue on November 5, 1963, changed the name back to Willingboro. The name change was passed by a narrow margin of 3,123 to 3,003. In retaliation, Levitt refused to donate any more schools to the fast-growing community.

When homes for the new Levittown were first being sold in 1958, Levitt and Sons had a policy against sales to African Americans. W. R. James, an African-American officer in the Army's Criminal Investigation Division, was stationed at nearby Fort Dix and applied to purchase a Levittown home. On June 29, 1958, an agent of Levitt and Sons told him that the new Levittown development would be an all-white community. James filed suit against the company challenging their policy. A friend of his, who worked at the New Jersey Division of Civil Rights, said that it was illegal in New Jersey to discriminate in federally-subsidized housing. At the time, de facto racial segregation in housing existed in many areas in the United States. Levittown was receiving mortgage insurance from the Federal Housing Administration. But as of 1958, the law had not been tested.

James sued Levitt in a case that ultimately went to the New Jersey Supreme Court, which upheld lower court rulings in favor of James. James was not the first African American to move into Willingboro. Given James' success in his suit, Charles and Vera Williams purchased a house and moved into the community in 1960, the first African-American family in Willingboro. James eventually moved into Millbrook Park in 1960. He served as head of the local chapter of the NAACP and eventually became a minister. An elementary school in Willingboro was named in his honor.

Following the court case, Levitt developed a thorough integration program. The company set up an integration committee headed by Howard Lett, an African American. Lett created a five-point program, which included the announcement by community leaders of Levitt's plan to desegregate housing, and a thorough briefing program for Levitt employees, government officials, the police and the press. Lett recommended an attempt to discourage anti-integration activities known as "Operation Hothead". Lett created a Human Relations Council to oversee possible disputes in community. James served as a member of that committee. The committee tried to solve problems of juvenile delinquency in the township. It opposed a curfew passed by the Township Council in the early 1970s. The curfew was later dropped, but reintroduced later. One area that the committee oversaw was the practice of blockbusting.

The African-American population of Willingboro increased throughout the 1960s; by 1964 there were 50 African-American families. By 1970, African Americans represented about 11% of the population. During the early 1970s, several homeowners said they were approached by local real estate agents and told that their neighborhood was becoming increasingly African-American and home values could decline if they did not sell quickly; a practice known as blockbusting. While the Human Relations Council could not prove these claims, it made recommendations to help foster better relations between ethnic communities in the township and calm concerns.

The township in 1974 enacted an ordinance that prohibited the posting of "for sale" or "sold" signs on real estate. Proponents of the ordinance alleged the purpose was to maintain integration. Many other communities had enacted similar laws in reaction to the practice of blockbusting in the 1960s and 1970s. The Supreme Court in the 1977 case of Linmark Associates, Inc. v. Willingboro ruled that the ordinance violated the First Amendment protections for free speech, which applied to commercial needs.

Unincorporated communities, localities and place names located partially or completely within the township include Bortons Landing, Charleston and Cooperstown.

Willingboro is divided into several sections, each section's street names beginning with the same letter as the corresponding section name. For example, streets in Pennypacker Park all begin with the letter "P". This is the case with all parks, excluding Martin's Beach and certain streets in Rittenhouse Park. Some streets that predate Levittown retained their original names, such as Charleston Road.

Originally, each Park or section had its own swimming pool for residents' use. Residents' families would receive free swim tags after showing applicable IDs at each section's school or the community office. However, some swimming pools, such as Hawthorne Park, have been inactive for years. Free lessons and other events were focused on these "park" pools during the summer months. By the 1990s, only Pennypacker Park and Country Club Park had operating summer pools. Finally, Country Club Park has been denoted the "community pool" at this time.

A section without a name is located near Olympia Lakes. This is the only part of the town with the area code 856. The rest of Willingboro is in area code 609. 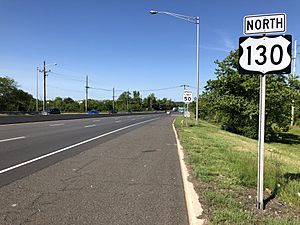 US 130 on the northwest edge of Willingboro

U.S. Route 130 is the main highway serving Willingboro. It straddles the township's borders with Delanco Township and Edgewater Park Township.

Academy Bus provides service from Willingboro and at the park-and-ride facility near Exit 5 of the New Jersey Turnpike in Westampton to the Port Authority Bus Terminal and other street service in Midtown Manhattan and to both Jersey City and the Wall Street area in Lower Manhattan.

During the early development of the township, all high school students attended Levittown High School for grades 9-12 (LHS was renamed "Levitt Jr. High School" when the new high school - John F. Kennedy - was opened in 1964). It was the only junior high school, grades 7 through 9, until Memorial Junior High School opened in 1968. The substantial student population at JFK HS required that the school go to split sessions and only was able to house grades 10–12, with the freshmen classes divided between Memorial and Levitt junior high schools. In 1975, Willingboro HS was opened and became the "sister" school, located only about two miles apart - both on JFK Way. This is the way the township was until JFK HS became a middle school in 1990, leaving Willingboro as the only high school. By this time, the township population fell and Levitt Junior High School was closed to become township offices and storage. Memorial Junior High School would remain open for college classes for Burlington County College. Kennedy Middle School eventually closed and became Kennedy Center, a community center for the performing arts, an additional gym for events, and classrooms for college classes.

The S.W. Bookbinder, J.A. McGinley and Martin Luther King Jr. Elementary Schools were closed at the end of the 2005–06 school year as part of an effort to save about $3.6 million, through the reduction of as many as 100 staff members and class sizes increased as large as 27 at the five remaining elementary schools. The cuts were needed to fill a two-year budget deficit of nearly $10 million.

Students from Willingboro Township, and from all of Burlington County, are eligible to attend the Burlington County Institute of Technology, a countywide public school district that serves the vocational and technical education needs of students at the high school and post-secondary level at its campuses in Medford and Westampton Township.

The Willingboro Public Library (WPL) is the municipal public library for the community. It first opened in 1960 and operates independently from the Burlington County Library System. Before 2003, the library was housed in the township's municipal building on Salem Road. The current library building is 42,000 square feet (3,900 m2). and is an anchor for the new Willingboro Town Center on Route 130.

People who were born in, residents of, or otherwise closely associated with Willingboro Township include: 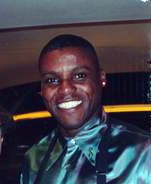 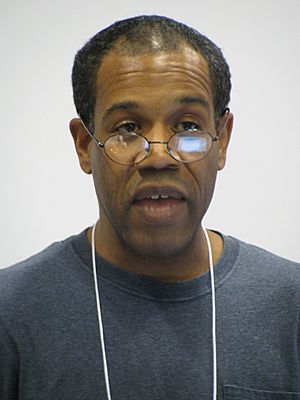 All content from Kiddle encyclopedia articles (including the article images and facts) can be freely used under Attribution-ShareAlike license, unless stated otherwise. Cite this article:
Willingboro Township, New Jersey Facts for Kids. Kiddle Encyclopedia.