In 2020, Mount Laurel was ranked 16th in Money magazine's list of the 50 best places to live in America, citing a kid-friendly environment, affordable housing, and easy access to Philadelphia and the Jersey Shore.

Mount Laurel was incorporated as a township by an act of the New Jersey Legislature on March 7, 1872, from portions of Evesham Township. The township was named for a hill covered with laurel trees.

The Mount Laurel Decision is a judicial interpretation of the New Jersey State Constitution that requires municipalities to use their zoning powers in an affirmative manner to provide a realistic opportunity for the production of housing affordable to low and moderate income households. The decision was a result of a lawsuit brought against the town by the N.A.A.C.P. that was decided by the New Jersey Supreme Court in 1975 and reaffirmed in a subsequent decision in 1983.

The history behind this, and the story leading to the Decision was highlighted in a book by David L. Kirp called Our Town.

Mount Laurel was a small, poor rural farming community until it was hit with massive suburban growth from Philadelphia in the later 1900s. Poor families, whose history had resided there for centuries, were suddenly priced out of buying additional property.

Ramblewood (with a 2010 Census population of 5,907) is an unincorporated community and census-designated place (CDP) located within Mount Laurel. 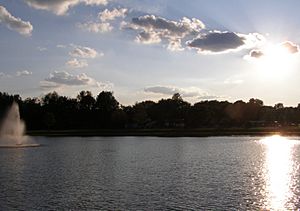 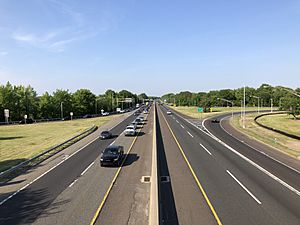 View north along the New Jersey Turnpike in Mount Laurel

The New Jersey Turnpike is the most prominent highway passing through Mount Laurel. It enters from Cherry Hill in the township's southwest corner and continues for about 7.5 miles (12.1 km) to Westampton Township at Mount Laurel's northern edge. The Turnpike's James Fenimore Cooper rest area is located within the township on the northbound side at milepost 39.4. The only exit within Mount Laurel is Exit 4, which provides access to Route 73. 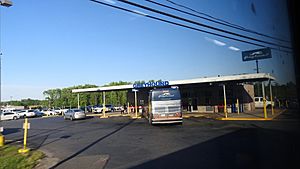 NJ Transit provides bus service to and from Philadelphia on routes 317 (from Asbury Park), the 413 route between Camden and Burlington and the 457 route between Moorestown Mall and Camden.

The Mount Laurel Schools serve public school students in pre-kindergarten through eighth grade. The grade configuration includes six schools serving pre-kindergarten / kindergarten through fourth-grade students. Students are assigned on a geographic basis to one of the six K-4 schools; Countryside serves the township's northwest; Fleetwood, the northeast; Hillside covers the north central portion of the township; Larchmont, a piece of the eastern side; Parkway, covers the western portion; and Springville the southern tip. All students from the six K-4 schools feed into a single upper elementary school (for grades 5 and 6) and middle school (grades 7 and 8). As of the 2018–19 school year, the district, comprised of eight schools, had an enrollment of 4,214 students and 350.0 classroom teachers (on an FTE basis), for a student–teacher ratio of 12.0:1. Schools in the district (with 2018–19 enrollment data from the National Center for Education Statistics) are Countryside Elementary School (with 309 students; in grades PreK-4), Fleetwood Elementary School (372; K-4), Hillside Elementary School (348; PreK-4), Larchmont Elementary School (395; K-4), Parkway Elementary School (342; K-4), Springville Elementary School (512; PreK-4), Mount Laurel Hartford School (961; 5–6) and Thomas E. Harrington Middle School (963; 7–8). Parkway Elementary School was one of four schools in New Jersey recognized by the National Blue Ribbon Schools Program, awarded by the United States Department of Education, for the 2005–06 school year.

Public school students from Mount Laurel in ninth through twelfth grades attend Lenape High School, located in Medford Township. As of the 2018–19 school year, the high school had an enrollment of 1,895 students and 156.6 classroom teachers (on an FTE basis), for a student–teacher ratio of 12.1:1. Lenape High School is part of the Lenape Regional High School District, a regional secondary school district in Burlington County that also serves the eight municipalities of Evesham Township, Medford Lakes, Medford Township, Shamong Township, Southampton Township, Tabernacle Township and Woodland Township at its four high schools.

Students from Mount Laurel, and from all of Burlington County, are eligible to attend the Burlington County Institute of Technology, a countywide public school district that serves the vocational and technical education needs of students at the high school and post-secondary level at its campuses in Medford and Westampton Township.

Additionally there are students from Mount Laurel who attend Resurrection Regional Catholic Schools in Cherry Hill. The school is under the Roman Catholic Diocese of Camden. 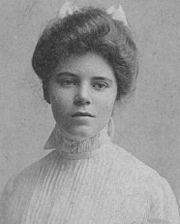 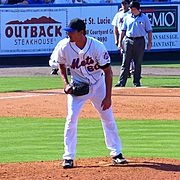 People who were born in, residents of, or otherwise closely associated with Mount Laurel include:

All content from Kiddle encyclopedia articles (including the article images and facts) can be freely used under Attribution-ShareAlike license, unless stated otherwise. Cite this article:
Mount Laurel, New Jersey Facts for Kids. Kiddle Encyclopedia.