A wing is the part of an animal or airplanes that allows it to fly.

A wing is part of an animal that allows it to fly. By moving its wings, the animal can produce lift and get off the ground.

Animals that have wings are insects, birds and bats. Birds' wings are made of feathers. The wings of bats are made of skin, which is stretched between the bones of the bat's arms and fingers. Not all insects and birds can fly, even if they have wings. 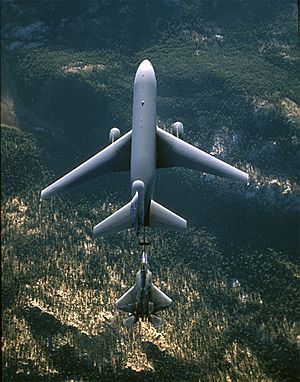 All content from Kiddle encyclopedia articles (including the article images and facts) can be freely used under Attribution-ShareAlike license, unless stated otherwise. Cite this article:
Wing Facts for Kids. Kiddle Encyclopedia.