Yalobusha County is a county located in the U.S. state of Mississippi. As of the 2010 census, the population was 12,678. Its county seats are Water Valley and Coffeeville.

Yalobusha is a Native American word meaning "tadpole place," and before the county was formed, it was the home of both the Choctaw and Chickasaw Indian tribes.

In 1816, General Andrew Jackson ordered the surveying of the Choctaw-Chickasaw Line. The line as surveyed cut almost a perfect diagonal across the area of the present day Yalobusha County. In 1830, the Choctaws ceded their Mississippi lands to the United States in the Treaty of Dancing Rabbit Creek. Two years later, the Chickasaw signed the Treaty of Pontotoc, ceding their lands to the United States. Both tribes moved west to new lands in present-day Oklahoma.

In 1833, the Mississippi Legislature authorized the formation of 17 counties, including Yalobusha, on what until recently had been Indian land.

Yalobusha County was officially organized and its first officials elected on February 21, 1834. The first Board of Police (Supervisors) held its first meeting at Hendersonville, then the largest town in the county.

Hendersonville had been established in 1798 by John Henderson, a Presbyterian missionary, who was one of the first white men to settle in the area. Other early settlements included Elliot, Chocchuma, Tuscohoma, Pittsburg, Talahoma, Plummerville, Preston, Pharsalia, Sardinia, and Washington.

At its first meeting the Board of Police solicited donations of land for a county seat. At its second meeting, the Board selected the site, naming it Coffeeville in honor of General John Coffee, who had represented the United States in the treaties with the Choctaws and the Chickasaws. The next meeting was held in the new settlement, and in 1837 the first courthouse was built.

The same year, G. B. Ragsdale, one of the early settlers in the northeastern part of the county, established a stagecoach stand near what is now Water Valley. In 1848 the town of Oakland, Mississippi, was chartered on the site.

Yalobusha County had a population of 12,248 when its first census was taken in 1840. In 1844, a post office was opened at Ragsdale's Stand. Three years later, the post office and stagecoach stand were moved to land owned by William Carr, and the name was changed to Water Valley.

James K. Polk of Tennessee, president of the United States from 1845 to 1849, was prominent early Yalobusha County landowner. He purchased a plantation south of Coffeeville in 1835. After his death in 1849, Polk's wife managed the plantation successfully for a number of years before selling it.

In 1850, the county's population had grown to 17,258. In 1852, Calhoun County was formed, and a tier of townships on the eastern border of Yalobusha County were taken to form part of the new county.

The Illinois Central Railroad built a branch line from Jackson, Tennessee to Grenada, passing through Water Valley and Coffeeville, in the late 1850s. ICRR officials wanted to set up shops in Coffeeville, but could not obtain the property they wanted. Residents of the fledgling town of Water Valley offered to donate the needed land to the railroad; therefore, the shops were located there, and Water Valley quickly became the largest town in the county. It was officially chartered in 1858, and at that time had a population of 300.

In 1860, the county's population was 16,952. Water Valley had become a thriving community with two hotels and several churches. The first church in Water Valley was the Presbyterian Church, built in 1843. Two years later, the First Methodist Church was organized, followed in 1860 by the First Baptist Church of Water Valley.

With the completion of the railroad from New Orleans to the Ohio River, Water Valley was an important railroad community on the Mississippi Central railroad at the outset of the Civil War.

In 1862, during Union General Ulysses S. Grant's overland attempt to capture Vicksburg, the men in blue captured Water Valley, but were defeated in battle by the Confederates north of Coffeeville, and Grant was forced to withdraw. Grant's men burned most of the town during their retreat.

After the war, the ICRR railroad shops were built at Water Valley, bringing a large influx of new residents to the town. In 1867, Yalobusha County's first manufacturing industry, Yacona Mills, was the world's largest manufacturer of twine.

The Reconstruction Legislature in Mississippi created a number of new counties. Grenada County was formed in 1870 and included nearly two tiers of townships which had formerly been the southern part of Yalobusha County.

Famed railroad engineer J. L. "Casey" Jones moved from Jackson, Tennessee to Water Valley in 1893. In 1896, four years before his death in a train wreck which brought him fame, Jones moved back to Jackson.

A new courthouse was built in Water Valley in 1896, but 16 years later it was destroyed by an accidental fire The second judicial district offices were moved to the Water Valley City Hall, but within a month, it too burned. The courthouse was restored after the fire, and a third floor was added but never completed.

Between 1926–1928, Yalobusha County suffered two tremendous economic setbacks. In April 1926, Yacona Twine Mill, which had employed approximately 450 people, was destroyed by fire. The following year, the ICRR began moving its railroad shops from Water Valley to Paducah, Kentucky. By the end of 1928, these shops, which had at one time employed over 800 people in Water Valley, were completely closed.

Little industry remained in Yalobusha County after World War II, and by 1950 the county's population was down to 15,191. In the early 1950s the U.S. Army Corps of Engineers began work on two flood control reservoirs in and around Yalobusha County, much to the distress of county farmers who lost thousands of acres of fertile bottom land. However, Enid Lake and Grenada Lake, both completed in 1955, are now popular recreation spots for locals and for visitors.

Since the 1960s, Yalobusha County has attracted new industries to boost its economic growth. At present, its two largest employers have a combined total of more than 2,000 employees, and several other industries provide hundreds of additional jobs for county residents. 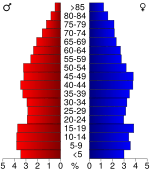 All content from Kiddle encyclopedia articles (including the article images and facts) can be freely used under Attribution-ShareAlike license, unless stated otherwise. Cite this article:
Yalobusha County, Mississippi Facts for Kids. Kiddle Encyclopedia.