18th century BC facts for kids 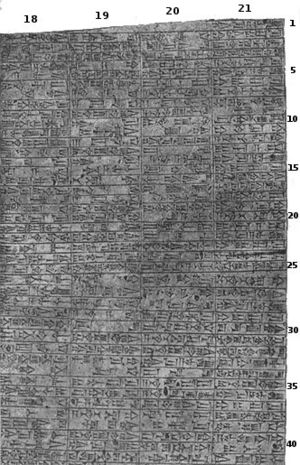 An inscription of the Code of Hammurabi, one of the earliest known sets of laws

All content from Kiddle encyclopedia articles (including the article images and facts) can be freely used under Attribution-ShareAlike license, unless stated otherwise. Cite this article:
18th century BC Facts for Kids. Kiddle Encyclopedia.