Alexander County is the southernmost county of the U.S. state of Illinois. As of the 2010 census, the population was 8,238. Its county seat is Cairo.

Alexander County was organized out of Union County in 1819. It was named for William M. Alexander, a physician who practiced in the town of America (the first county seat). Alexander became Speaker of the Illinois House of Representatives in 1822. The county seat was moved to Unity in 1833, then to Thebes in 1843, and finally to Cairo in 1860. America, the first county seat, is now within Pulaski County, which was formed from Alexander and Johnson Counties in 1843. 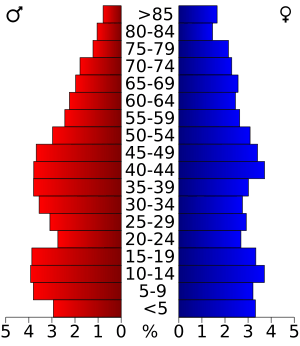 All content from Kiddle encyclopedia articles (including the article images and facts) can be freely used under Attribution-ShareAlike license, unless stated otherwise. Cite this article:
Alexander County, Illinois Facts for Kids. Kiddle Encyclopedia.