Altkirch is a commune in Alsace in north-eastern France, in the Haut-Rhin department, of which it is a subprefecture. It is in the Grand Est region. Its name comes from the German Alte Kirche ("old church").

Altkirch is in the south of the Haut-Rhin department. The Ill river, a left tributary of the Rhine river, flows through the commune.

The distances from Altkirch to other cities are:

The commune of Altkirch is surrounded by the communes:

The climate of Altkirch, in the Köppen climate classification, is Cfb - Oceanic climate with template summers.

Evolution of the population in Altkirch 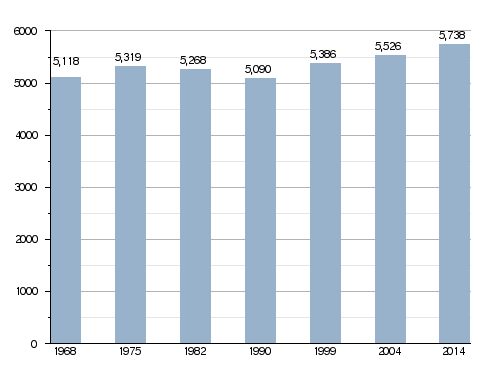 Altkirch is a subprefecture in the Haut-Rhin department since 1800. It is the capital of the Altkirch arrondissement and is also the administrative centre (French: chef-lieu) of the canton of Altkirch formed by 64 communes, with 47,552 inhabitants (2014).

All content from Kiddle encyclopedia articles (including the article images and facts) can be freely used under Attribution-ShareAlike license, unless stated otherwise. Cite this article:
Altkirch Facts for Kids. Kiddle Encyclopedia.