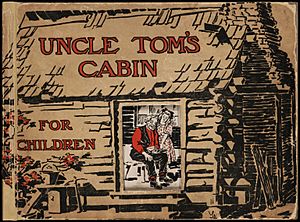 It was in the late 18th and early 19th centuries that the nation's first novels were published. With the War of 1812 and an increasing desire to produce uniquely American literature and culture, a number of key new literary figures emerged, perhaps most prominently Washington Irving and Edgar Allan Poe.

The political conflict surrounding abolitionism inspired the writings of William Lloyd Garrison and Harriet Beecher Stowe in her world-famous Uncle Tom's Cabin. These efforts were supported by the continuation of the slave narrative autobiography, of which the best known example from this period was Frederick Douglass's Narrative of the Life of Frederick Douglass, an American Slave. 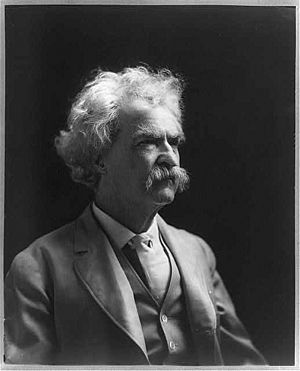 Mark Twain (the pen name used by Samuel Langhorne Clemens, 1835–1910) was the first major American writer to be born away from the East Coast. Henry James (1843–1916) was notable for novels like The Turn of the Screw.

American writers expressed disillusionment following WW I. The stories and novels of F. Scott Fitzgerald (1896–1940) capture the mood of the 1920s, and John Dos Passos wrote about the war. Ernest Hemingway (1899–1961) became notable for The Sun Also Rises and A Farewell to Arms; in 1954, he won the Nobel Prize in Literature. 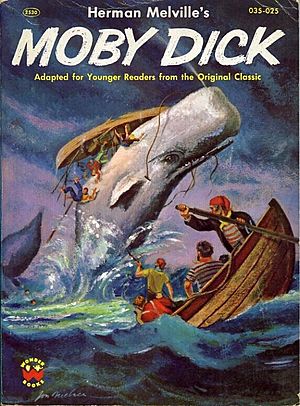 William Faulkner (1897–1962) is notable for novels like The Sound and the Fury. American drama attained international status only in the 1920s and 1930s, with the works of Eugene O'Neill, who won four Pulitzer Prizes and the Nobel Prize. In the middle of the 20th century, American drama was dominated by the work of playwrights Tennessee Williams and Arthur Miller, as well as by the growth of the American musical.

Depression era writers included John Steinbeck (1902–1968), notable for his novel The Grapes of Wrath. From the end of World War II until around the late 1960s and early 1970s, many popular works in modern American literature were produced, like Harper Lee's To Kill a Mockingbird. John Updike was notable for his novel Rabbit, Run (1960). Philip Roth explores Jewish identity in American society.

The main literary movement since the 1970s has been postmodernism, and since the late 20th century ethnic and minority literature has sharply increased. 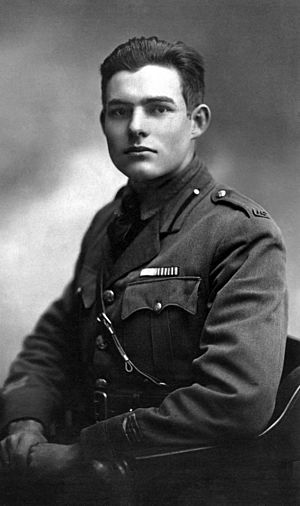 All content from Kiddle encyclopedia articles (including the article images and facts) can be freely used under Attribution-ShareAlike license, unless stated otherwise. Cite this article:
American literature Facts for Kids. Kiddle Encyclopedia.