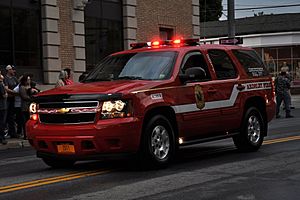 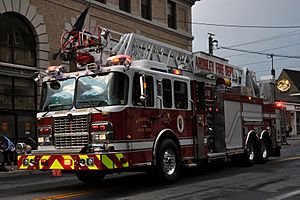 Ardsley is a village in Westchester County, New York, United States. It is part of the town of Greenburgh. The village's population was 4,452 at the 2010 census. The current mayor of Ardsley is Peter Porcino.

Ardsley should not be confused with the nearby hamlet of Ardsley-on-Hudson, which is part of the village of Irvington. 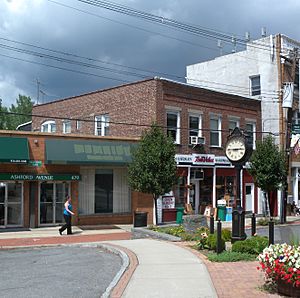 Before the area where Ardsley is now located was settled by Europeans, it was inhabited by the Wickquasgeck Indians, a band of the Wappingers, related to the Lenape (Delaware) tribes which dominated lower New York state and New Jersey.

After the Dutch came to the area, the land was part of the Bisightick tract of the Van der Donck grant purchased by Frederick Philipse in 1682, but in 1785 the state of New York confiscated the land from his grandson, Frederick Philipse III, after he sided with the British in the American Revolution, and sold it to local patriot farmers who had been tenants of the Phillipse family.

The village of Ashford was formed from some of these portions, named for the main road. Notable businesses included a blacksmith, and a sawmill and grist mill both situated upon the Saw Mill River. Three pickle factories were in operation by the Civil War, and in the 1880s the construction of the Putnam Railroad and New Croton Aqueduct led to a population boom which saw the installation of electric lighting and improved roads. Due to the presence of an earlier Ashford Post Office in New York state, the town took the name "Ardsley" after the name of a local baron's estate, and the first village postmaster was appointed in 1883.

The renaming of Ardsley is attributed to Cyrus West Field, who owned 780 acres (3.2 km2) of land lying between Broadway (Dobbs Ferry) and Sprain Brook (Greenburgh) named Ardsley Park. He had named Ardsley Park after the English birthplace of his immigrant ancestor, Zechariah Field (East Ardsley, West Riding of Yorkshire, England), who immigrated to the U.S. in 1629. The story told growing up in Ardsley by elderly neighbors is that Cyrus W. Field agreed to use his influence to get the post office established, and in return the village would be renamed Ardsley. The information about Zechariah Field and Ardsley Park came from Diane Druin Gravlee, great-great-granddaughter of Cyrus W. Field.

Incorporated in 1896, Ardsley would continue to grow at a steady pace, until a fire destroyed the village center in 1914. This led to the reconstruction of several buildings, and the establishment of a fire department in the former schoolhouse. Two more population booms would follow, the first spanning the time between the end of the first World War and the beginning of the Depression, and the second following World War II. A public high school was established in 1912, with an addition in 1925. The school did not suit the needs of the growing population, so the current high school was established in 1957, with its first graduating class in 1958. The old high school was converted into a middle school, until in 1971 the 5.5 million dollar middle school was built. The Concord Road School was built in 1953 with an addition in 1966.

This second boom led to the eventual construction of several village schools, including Concord Road Elementary School (1952), Ardsley High School (1958), and Ardsley Middle School (1967). The village was greatly changed by the construction of the New York State Thruway in the late 1950s, which resulted in both the loss of the Ardsley station on the Putnam Division of the New York Central Railroad and the loss of much of the downtown business district.

On October 19, 1985, an earthquake measuring 4.0 on the Richter scale shook Ardsley and was felt over much of the New York City area.

The Saw Mill River and Sprain Brook are two waterways that run through Ardsley. Over the years recurrent flooding along the Saw Mill River has caused damage to residential structures, commercial businesses, and industries as well as municipal infrastructure in Ardsley and other towns along the river. Recent severe floods occurred in March and April 1980, April 1984, and September 1999. The Army Corps of Engineers has completed several construction projects to help minimize potential damage from future floods in downtown Ardsley and surrounding areas.

There were 1,432 households out of which 43.5% had children under the age of 18 living with them, 75.1% were married couples living together, 7.5% had a female householder with no husband present, and 15.3% were non-families. 12.9% of all households were made up of individuals and 7.0% had someone living alone who was 65 years of age or older. The average household size was 2.96 and the average family size was 3.22.

The climate in this area is characterized by hot, humid summers and generally mild to cool winters. According to the Köppen Climate Classification system, Ardsley has a humid subtropical climate, abbreviated "Cfa" on climate maps.

All content from Kiddle encyclopedia articles (including the article images and facts) can be freely used under Attribution-ShareAlike license, unless stated otherwise. Cite this article:
Ardsley, New York Facts for Kids. Kiddle Encyclopedia.