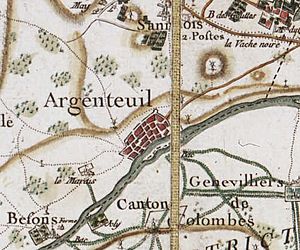 Argenteuil is the second most populated town in the suburbs of Paris (after Boulogne-Billancourt) and the most populated commune in the Val-d'Oise department; however it is not the prefecture. Its population is about 94,000 (1999). 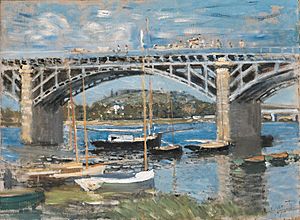 All content from Kiddle encyclopedia articles (including the article images and facts) can be freely used under Attribution-ShareAlike license, unless stated otherwise. Cite this article:
Argenteuil Facts for Kids. Kiddle Encyclopedia.