Trajectories of three objects thrown at the same angle (70°). The black object doesn't experience any form of drag and moves along a parabola. The blue object experiences Stokes' drag, and the green object Newtonian drag.

Ballistics is the science of mechanics that deals with the launching, flight, behavior, and effects of projectiles, especially bullets, unguided bombs, rockets, or the like; the science or art of designing and accelerating projectiles so as to achieve a desired performance.

A ballistic body is a body with momentum which is free to move, subject to forces, such as the pressure of gases in a gun or a propulsive nozzle, by rifling in a barrel, by gravity, or by air drag.

A ballistic missile is a missile only guided during the relatively brief initial powered phase of flight, whose trajectory is subsequently governed by the laws of classical mechanics, in contrast (for example) to a cruise missile which is aerodynamically guided in powered flight.

The earliest known ballistic projectiles were stones and spears, and the throwing stick. 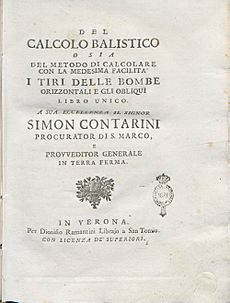 The oldest evidence of stone-tipped projectiles, which may or may not have been propelled by a bow (c.f. atlatl), dating to c. 64,000 years ago, were found in Sibudu Cave, present day-South Africa. The oldest evidence of the use of bows to shoot arrows dates to about 10,000 years ago; it is based on pinewood arrows found in the Ahrensburg valley north of Hamburg. They had shallow grooves on the base, indicating that they were shot from a bow. The oldest bow so far recovered is about 8,000 years old, found in the Holmegård swamp in Denmark.

Archery seems to have arrived in the Americas with the Arctic small tool tradition, about 4,500 years ago.

The first devices identified as guns appeared in China around 1000 AD, and by the 12th century the technology was spreading through the rest of Asia, and into Europe by the 13th century.

A projectile is any object projected into space (empty or not) by the exertion of a force. Although any object in motion through space (for example a thrown baseball) is a projectile, the term most commonly refers to a ranged weapon. Mathematical equations of motion are used to analyze projectile trajectory. 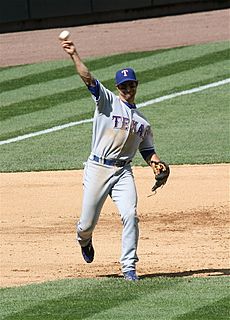 Throwing is the launching of a projectile by hand. Although some other animals can throw, humans are unusually good throwers due to their high dexterity and good timing capabilities, and it is believed that this is an evolved trait. Evidence of human throwing dates back 2 million years. The 90 mph throwing speed found in many athletes far exceeds the speed at which chimpanzees can throw things, which is about 20 mph. This ability reflects the ability of the human shoulder muscles and tendons to store elasticity until it is needed to propel an object.

A sling is a projectile weapon typically used to throw a blunt projectile such as a stone, clay or lead "sling-bullet".

A sling has a small cradle or pouch in the middle of two lengths of cord. The sling stone is placed in the pouch. The middle finger or thumb is placed through a loop on the end of one cord, and a tab at the end of the other cord is placed between the thumb and forefinger. The sling is swung in an arc, and the tab released at a precise moment. This frees the projectile to fly to the target.

A bow is a flexible piece of material which shoots aerodynamic projectiles called arrows. A string joins the two ends and when the string is drawn back, the ends of the stick are flexed. When the string is released, the potential energy of the flexed stick is transformed into the velocity of the arrow. Archery is the art or sport of shooting arrows from bows. 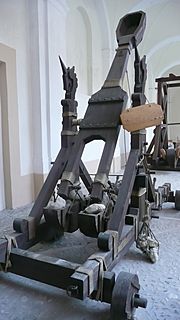 A catapult is a device used to launch a projectile a great distance without the aid of explosive devices — particularly various types of ancient and medieval siege engines. The catapult has been used since ancient times, because it was proven to be one of the most effective mechanisms during warfare. The word "catapult" comes from the Latin "catapulta", which in turn comes from the Greek καταπέλτης (katapeltēs), itself from (kata), "downwards" and πάλλω (pallō), "to toss, to hurl". Catapults were invented by the ancient Greeks. 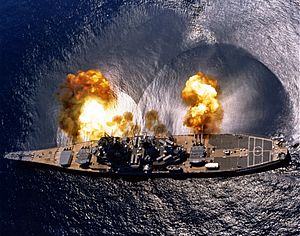 A gun is a normally tubular weapon or other device designed to discharge projectiles or other material. The projectile may be solid, liquid, gas, or energy and may be free, as with bullets and artillery shells, or captive as with Taser probes and whaling harpoons. The means of projection varies according to design but is usually effected by the action of gas pressure, either produced through the rapid combustion of a propellant or compressed and stored by mechanical means, operating on the projectile inside an open-ended tube in the fashion of a piston. The confined gas accelerates the movable projectile down the length of the tube imparting sufficient velocity to sustain the projectile's travel once the action of the gas ceases at the end of the tube or muzzle. Alternatively, acceleration via electromagnetic field generation may be employed in which case the tube may be dispensed with and a guide rail substituted. 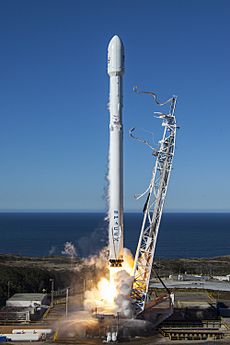 A rocket is a missile, spacecraft, aircraft or other vehicle that obtains thrust from a rocket engine. Rocket engine exhaust is formed entirely from propellants carried within the rocket before use. Rocket engines work by action and reaction. Rocket engines push rockets forward simply by throwing their exhaust backwards extremely fast.

While comparatively inefficient for low speed use, rockets are relatively lightweight and powerful, capable of generating large accelerations and of attaining extremely high speeds with reasonable efficiency. Rockets are not reliant on the atmosphere and work very well in space.

Rockets for military and recreational uses date back to at least 13th century China. Significant scientific, interplanetary and industrial use did not occur until the 20th century, when rocketry was the enabling technology for the Space Age, including setting foot on the Moon. Rockets are now used for fireworks, weaponry, ejection seats, launch vehicles for artificial satellites, human spaceflight, and space exploration.

Chemical rockets are the most common type of high performance rocket and they typically create their exhaust by the combustion of rocket propellant. Chemical rockets store a large amount of energy in an easily released form, and can be very dangerous. However, careful design, testing, construction and use minimizes risks. 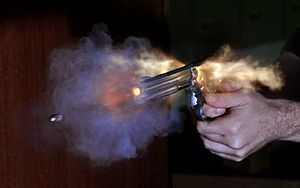 Ballistics can be studied using high-speed photography or high-speed cameras. A photo of a Smith & Wesson firing, taken with an ultra high speed air-gap flash. Using this sub-microsecond flash, the bullet can be imaged without motion blur.

Ballistics is often broken down into the following four categories: 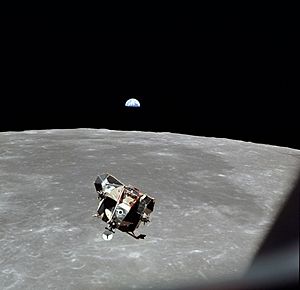 Forensic ballistics involves analysis of bullets and bullet impacts to determine information of use to a court or other part of a legal system. Separately from ballistics information, firearm and tool mark examinations ("ballistic fingerprinting") involve analyzing firearm, ammunition, and tool mark evidence in order to establish whether a certain firearm or tool was used in the commission of a crime.

Astrodynamics is the application of ballistics and celestial mechanics to the practical problems concerning the motion of rockets and other spacecraft. The motion of these objects is usually calculated from Newton's laws of motion and Newton's law of universal gravitation. It is a core discipline within space mission design and control.

All content from Kiddle encyclopedia articles (including the article images and facts) can be freely used under Attribution-ShareAlike license, unless stated otherwise. Cite this article:
Ballistics Facts for Kids. Kiddle Encyclopedia.