Caddo Lake State Park is a state park located in the piney woods ecoregion of eastern Texas and operated as a wildlife management area (WMA), Caddo Lake is the lake that the state park encompasses, and is one of only a handful of natural lakes in Texas. The park consists of 8,253 acres (3,340 ha) west of the lake itself, in Harrison County, near Karnack, Texas. The lake and surrounding area was drilled for petroleum in the 1900s. The lake was created by a gigantic log jam known as the Great Raft. 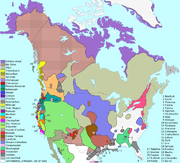 The first humans settled in the area near the park around 10,000 BC. For several centuries, these people used the marshlands of Caddo Lake to gather food. Sometime around 800 AD, the first Caddo settlements appeared in the area. At the time, the tribes in the region were not a connected nation, instead being a large collection of close-knit, peaceful gathering communities. Over time, the Caddo communities grew and prospered, becoming a highly farming community by at least 1200 AD, learning to grow crops such as maize (corn).

In 1542, the Francisco de Soto expedition, led by Luis de Moscoso Alvarado due to De Soto's death earlier in the expedition, discovered the complex Caddoan society. They sent back the first descriptions of the Caddo. Several more European expeditions explored the area around the park throughout the 1600s. The Spanish established several Missions and trading-posts during the 1700s, and numerous epidemics caused by the European settlements virtually wiped out the Caddo that inhabited the area. They used the nearby Red River for trading.

A map of the United States, with the Louisiana Territory highlighted in green

In 1800, as part of the secret Treaty of San Ildefonso, Spain, who had been defeated in the Napoleonic Wars, was forced to return Louisiana to France. France regained Louisiana in 1802, two years later. This treaty did not establish the borders of Louisiana, which would lead to issues just a short while later. In early 1803, diplomat James Monroe was sent to France to negotiate purchasing Louisiana from France. Louisiana was bought from France later that year. This was known as the Louisiana Purchase, which doubled the size of the United States. The northeastern part of Texas was thought to be included in the purchase. There was no official border between Louisiana and Texas, which caused disputes between Spain and the United States. In 1806, United States General James Wilkinson and Spanish Lieutenant Colonel Simón de Herrera attempted to negotiate establishing a border between the two nations. On November 5, 1806, an agreement was made to establish a Neutral territory between the two countries. The neutral territory did not have official borders, and the Caddo Lake area was likely located within the territory. Because the territory was not possessed by either nation, neither of them could enforce laws in the territory, so it became popular with outlaws and escaped slaves. In both 1810 and 1812, the two nations sent joint military expeditions into the Neutral Territory to expel the outlaws inhabiting it.

Although the exact date of the formation of Caddo Lake is unknown, both of the major theories behind the lake's origins date back to the early 1800s. The Caddo legend behind the formation of the lake is that the Great Spirit caused an earthquake after one of the Caddo chiefs failed to obey him. The earthquake filled and formed the lake. The earthquake being described in the story is the 1812 New Madrid earthquake, which is believed by some geologists to have caused the creation of the lake. The theory behind the earthquake creating Caddo Lake is that the earthquake's seismic waves caused the ground to sink, which filled up and became the lake. The additional theory behind the creation of Caddo Lake was that it formed because of the Great Raft. The Great Raft was a large log jam that blocked the flow of the Red River, as well as a few smaller rivers. The jam was first reported by early Spanish explorers in the 1500s, but was not studied until the early 1800s. It is believed that Caddo Lake was formed by the Great Raft acting as a natural dam, and the first studies of this were reported around 1806.

In 1819, the Adams-Onis Treaty was signed, which established the border between Spanish Texas and Louisiana. The border between the two was set along the Sabine River and the 32nd parallel, which placed the Caddo Lake Area within the borders of Texas. In 1821, after 11 years of fighting, the Spanish territory of Mexico won its independence. This included the area of the present-day Caddo Lake state park. Winning the Texas Revolution allowed the Republic of Texas to become independent from Mexico and be annexed by the United States.

All content from Kiddle encyclopedia articles (including the article images and facts) can be freely used under Attribution-ShareAlike license, unless stated otherwise. Cite this article:
Caddo Lake State Park Facts for Kids. Kiddle Encyclopedia.