Caroll Edwin Spinney (December 26, 1933 – December 8, 2019) was an American puppeteer, cartoonist, author and speaker most famous for playing Big Bird and Oscar the Grouch on Sesame Street from its inception in 1969 until 2018.

Caroll Edwin Spinney was born in Waltham, Massachusetts, on December 26, 1933. His mother, a native of Bolton, England, named him Caroll because he was born the day after Christmas. He has been drawing and painting since he was a child. He developed a love of puppeteering when he saw a performance of Three Little Kittens at the age of five. This motivated him to purchase a monkey puppet from a rummage sale three years later and put on a puppet show utilizing the monkey and a plush snake. The following Christmas, his mother gifted him with a Punch and Judy puppet theater. He continued puppeteering throughout his childhood and adolescence and used his performances to raise money for college tuition.

After he graduated from Acton High School (subsequently Acton-Boxborough Regional High School) in Acton, Massachusetts, Spinney served in the US Air Force.

While in the Air Force, Spinney wrote and illustrated Harvey, a comic strip about military life. He also animated a series of black-and-white cartoons called Crazy Crayon.

In 1955, Spinney relocated to Las Vegas, where he performed in the show Rascal Rabbit. He returned to Boston, joining The Judy and Goggle Show in 1958 as a puppeteer "Goggle" to Judy Valentine's Judy. Throughout the 1960s, he performed on the Boston broadcast of Bozo's Big Top, where he played various costumed characters which included Kookie the Boxing Kangaroo as well as Mr. Lion, who created cartoon drawings from the names of children participating in the show. Through that decade, he was also a commercial artist and animator.

Spinney created a puppet duo consisting of two cats named Picklepuss and Pop, which he utilized throughout the 1960s. Many years later, Spinney's Picklepuss and Pop puppets were characters in Wow, You're a Cartoonist!

As a Sesame Street Muppeteer 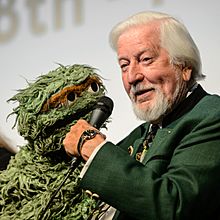 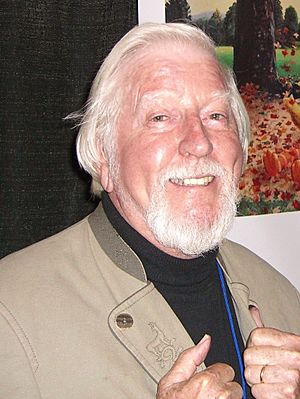 Spinney first met Jim Henson in 1962 at a puppeteering festival, where Henson asked if he would like to "talk about the Muppets". As Spinney failed to realize the question was an employment offer, the conversation never came to pass.

In 1969, Spinney performed at a Puppeteers of America festival in Utah. His show was a mixture of live actors and puppets but was ruined by an errant spotlight that washed out the animated backgrounds. Henson was once again in attendance and noticed Spinney's performance. "I liked what you were trying to do," Henson said, and he asked once more if they could "talk about the Muppets". This time, they did have the conversation, and Spinney joined the Muppeteers full-time by late 1969.

Spinney joined Sesame Street for the inaugural season in 1969. However, he nearly left after the first season because he was not getting acceptable pay, but Kermit Love persuaded him to stay. He has performed the Big Bird and Oscar characters in Australia, China, Japan, and across Europe. As Big Bird and Oscar, Spinney conducted orchestras across the US and Canada, including the Boston Pops, and visited the White House multiple times. He provided the characters' voices on dozens of albums.

As Oscar, Spinney wrote How to Be a Grouch, a Whitman Tell-A-Tale picture book. With J. Milligan, he wrote the 2003 book The Wisdom of Big Bird (and the Dark Genius of Oscar the Grouch): Lessons from a Life in Feathers. Spinney narrated the audiobook Street Gang: The Complete History of Sesame Street by Michael Davis. His work has been studied by other international puppeteers who structure their performance styles after his, most evidently with full-body puppet costumes. For example, in the Chinese performance of Da Niao on Zhima Jie, the costume is an exact physical replica of Big Bird.

Though Big Bird and Oscar are his main characters, Spinney has also performed as other characters. At one point, he created and performed Bruno the Trash Man, a full-bodied puppet representing a garbage carrier, who also carried Oscar's trash can. Bruno was used until the foam plastic of the character broke down. Spinney also performed as Granny Bird, Big Bird's grandmother. The puppet used for Granny Bird was actually a spare Big Bird puppet, and Spinney provided her voice. As Granny Bird's appearances are often alongside Big Bird (who is, as she stated, her "favorite grandson"), her voice is usually pre-recorded so that Spinney can perform Big Bird. Spinney reprised his role as Oscar the Grouch in Night at the Museum: Battle of the Smithsonian in a cameo appearance next to Darth Vader.

On October 17, 2018, Spinney officially announced his retirement from Sesame Street. His last performances as Big Bird and Oscar were recorded as part of the series' landmark 50th season, which aired in 2019. The roles of Big Bird and Oscar were handed over to Matt Vogel and Eric Jacobson, respectively. The Hollywood Reporter reported that Spinney was earning over $300,000 at the time of his retirement.

Some of his artwork include the 1996 painting called Luna Bird showing Big Bird walking on the moon and the 1997 painting Autumn, showing him playing in autumn leaves. Spinney also drew the iconic drawing of Mr. Hooper that sits near Big Bird's nest after his death.

Spinney had three children from his first marriage to Janice Spinney, whom he married in 1960, and has four grandchildren. Spinney and Janice divorced in 1971 after eleven years of marriage. Spinney was married to his second wife, Debra Jean Gilroy, from 1979 until his death. In his later years, Spinney had dystonia, a neurological movement disorder that causes muscle contractions.

Spinney was honored with four Daytime Emmy Awards for his portrayals on the series and two Grammy Awards for his related recordings. Two recordings of Spinney's voice earned Gold Record status. For his body of work, Spinney received both a star on the Hollywood Walk of Fame in 1994 and the Library of Congress' Living Legend award in 2000.

At the 33rd Daytime Emmy Awards in 2006, Spinney received the National Academy of Television Arts and Sciences' Lifetime Achievement Award. "I am elated and amazed to receive this honor from those who are committed to the best of what television and media have to offer, for doing what I've always wanted to do."

Spinney is the subject of a full-length documentary by Copper Pot Pictures called I Am Big Bird: The Caroll Spinney Story that premiered at the April 2014 Hot Docs Canadian International Documentary Festival.

Spinney was named one of The New Jewish Home's Eight Over Eighty Gala 2016 honorees.

All content from Kiddle encyclopedia articles (including the article images and facts) can be freely used under Attribution-ShareAlike license, unless stated otherwise. Cite this article:
Caroll Spinney Facts for Kids. Kiddle Encyclopedia.