The Cayuga (Cayuga: Guyohkohnyo or Gayogohó:no, literally "People of the Great Swamp") was one of the five original constituents of the Haudenosaunee (Iroquois), a confederacy of Native Americans in New York. The Cayuga homeland lies in the Finger Lakes region along Cayuga Lake, between their league neighbors, the Onondaga to the east and the Seneca to the west. Today Cayuga people belong to the Six Nations of the Grand River First Nation in Ontario, and the federally recognized Cayuga Nation of New York and the Seneca-Cayuga Tribe of Oklahoma.

Political relations between the Cayuga, the British, and the Thirteen Colonies during the American Revolution were complicated and variable, with Cayuga warriors fighting on both sides (as well as abstaining from war entirely). Most of the Iroquois nations allied with the British, in part hoping to end encroachment on their lands by colonists. In 1778, various Iroquois bands, oft allied with British-colonial loyalists (Tories) conducted a series of raids along the frontier from Connecticut to New York and into south-central Pennsylvania threatening much of the Susquehanna Valley. From the revolutionary government's point of view in Philadelphia, several of these were atrocities, and in the early summer that body proceeded to order Washington to send regiments to quell these disturbances.

Consequently, in 1779, General George Washington of the Continental Army appointed General John Sullivan and James Clinton to lead the Sullivan Expedition, a retaliatory military campaign designed to unseat the Iroquois Confederacy and prevent the nations from continuing to attack New York militias and the Continental Army. The campaign mobilized 6200 troops and devastated the Cayuga and other Iroquois homelands, destroying 40-50 villages. Those destroyed included major Cayuga villages such as Cayuga Castle and Chonodote (Peachtown). The expedition, with attacks from the spring through the fall, also destroyed the crops and winter stores of the Iroquois, to drive them out of the land. Survivors fled to other Iroquois tribes, or to Upper Canada. Some were granted land there by the British in recognition of their loyalty to the Crown.

Following the end of the war, the Central New York Military Tract was established in order to grant land bounties to veterans. The tract originally included a Cayuga reservation surrounding the north end of Cayuga Lake, but the reservation was given up a few years later in a treaty with the state.

On November 11, 1794, the (New York) Cayuga Nation (along with the other Haudenosaunee nations) signed the Pickering Treaty with the United States, by which they ceded much of their lands in New York to the United States, forced to do so as allies of the defeated British. It was the second treaty the United States entered into. It recognized the rights of the Haudenosaunee as sovereign nations. The Pickering Treaty remains an operating legal document; the U.S. government continues to send the requisite gift of muslin fabric to the nations each year.

The state of New York made additional treaties with the tribes but failed to get them ratified by the Senate. As it lacked the constitutional authority to deal directly with the tribes, individual tribes have sued for land claims since the late 20th century, charging New York had no authority for their actions. The state rapidly arranged sales of more than 5 million acres (20,000 km2) of former Iroquois lands at inexpensive prices to encourage development in the state. It also granted some western lands to war veterans in lieu of pay. Speculators bought up as much land as they could and resold it to new settlers. Land-hungry Yankees from New England flooded into New York in waves of new settlement, as did some settlers from the Mohawk Valley. Immigrants also came from the British Isles and France after the war. 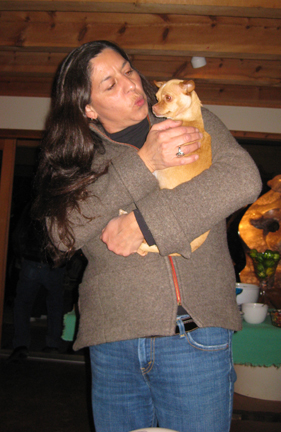 Today, there are three Cayuga bands. The two largest, the Lower Cayuga and Upper Cayuga, still live in Ontario, both at Six Nations of the Grand River, a reserve recognized by the Canadian government. Two federally recognized tribes of Cayuga constitute the third band in the United States: the Cayuga Nation of New York in Seneca Falls, New York, and the Seneca-Cayuga Tribe of Oklahoma.

The Cayuga Nation of New York does not have a reservation. Members have lived among the Seneca Nation on their reservation. Since the late 20th century, they have acquired some land in their former homeland.

In 1995 there were nearly 450 Cayuga members in New York. In the 21st century, there are about 4,892 combined members of the Cayuga-Seneca Nation in Oklahoma.

The total number of Iroquois is difficult to establish. About 45,000 Iroquois lived in Canada in 1995, more than 39,000 in Ontario and the remainder in Quebec. Among the six nations and federally recognized units in the United States, total tribal enrollment in 1995 numbered about 30,000. In the 2000 US Census, 45,217 respondents identified solely as Iroquois (but this does not mean they were enrolled as members); and 80,822 as having Iroquois ancestry.

All content from Kiddle encyclopedia articles (including the article images and facts) can be freely used under Attribution-ShareAlike license, unless stated otherwise. Cite this article:
Cayuga people Facts for Kids. Kiddle Encyclopedia.