Charters Towers is a city in northern Queensland, Australia. It is 134 kilometres (83 mi) inland (south-west) from Townsville on the Flinders Highway. In 2011 the population was 8,234 people. During the last quarter of the 19th century the town boomed as the rich gold deposits under the city were developed. After becoming uneconomic in the 20th century, profitable mining operations have commenced once again.

Charters Towers township is mildly elevated at 300 metres above sea-level, but this has a noticeable effect, with lower humidity and bigger temperature variations than nearby Townsville. Charters Towers obtains its water supply from the nearby Burdekin River.

The urban area of the town of Charters Towers includes its suburbs: Charters Towers City (the centre of the city); Richmond Hill, Toll and Columbia to the north, Queenton to the east, Grand Secret and Alabama Hill to the west, and Towers Hill, Mosman Park and Millchester to the south. 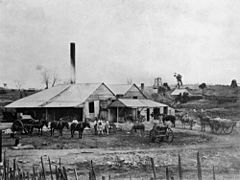 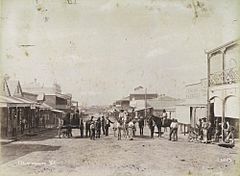 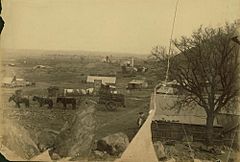 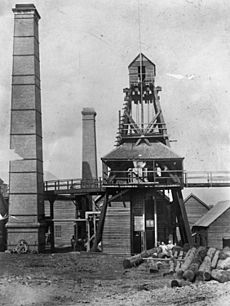 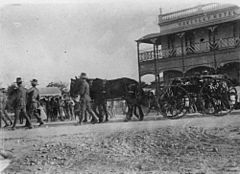 The town was founded in the 1870s when gold was discovered by chance at Towers Hill on Christmas Eve 1871 by 12-year-old Aboriginal boy, Jupiter Mosman. Jupiter was with a small group of prospectors including Hugh Mosman, James Fraser and George Clarke. Their horses bolted after a flash of lightning. While he was searching Jupiter found both the horses and a nugget of gold in a creek at the base of Towers Hill. Charters originated from the Gold Commissioner, W.S.E.M. Charters. A total of ten major gold reefs were eventually mined.

Such were the boom years, between 1872 and 1899, that Charters Towers hosted its own stock exchange. The Great Northern railway between Charters Towers and the coastal port of Townsville was completed in December 1882. During this period, the population was approximately 30,000, making Charters Towers Queensland's largest city outside of Brisbane. The city was also affectionately known as 'The World', as it was said that anything one might desire could be had in the 'Towers', leaving no reason to travel elsewhere.

A 20 head of stamps mill began ore crushing operations on 16 July 1872. The Venus Battery continued to be used by small mine in the region until 1971. The unique site remains intact today, together with a cyanide treatment plant and assay office.

By 1917 gold mining became uneconomic. During World War I labour was hard to find, and as the mines drove deeper, ventilation and water problems arose. This production decline was similar across Australian gold mines, with rising costs and a fixed gold price eroding profitability. The town entered a long period of relative stagnation and little further development has occurred since.

The Charters Towers gold field produced over 200 tonnes (6.6 million troy ounces) of gold from 1871–1917. The gold is concentrated into veins and was Australia's richest major field with an average grade of 34 grams per tonne. The grade was almost double that of Victorian mines and almost 75% higher than the grades of Western Australian (Kalgoorlie) gold fields of that time. 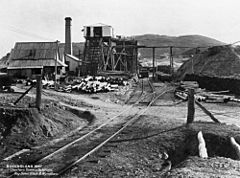 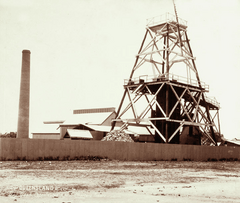 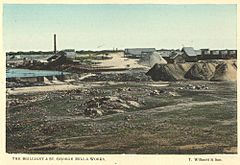 Charters Towers has a number of heritage-listed sites, including:

Some of Charters Towers's heritage is spread across the town: 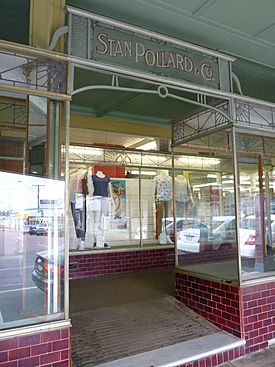 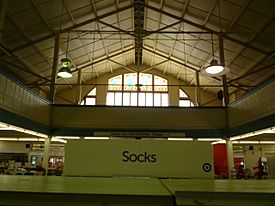 At 18 Gill Street the heritage listed former Pollard's department store is now most likely the only Target or Target Country store which features leadlight windows.

The Northern Miner newspaper (not to be confused with The Northern Miner, a mining publication in Canada) was first published in August 1872, just eight months after the discovery of gold. Such was its strength in those gold mining days of the late 1880s that The Northern Miner installed a then revolutionary linotype slug casting machine before Brisbane's The Courier Mail. It was the only newspaper (of five published during the boom gold years) that survives today. In 2000, The Northern Miner was linked for the first time to the North Queensland Newspaper Company and therefore News Limited's electronic layout system and website.

The Evening Telegraph was a daily newspaper published between 1901 and 1921.

The Charters Towers Goldfield Ashes has been an amateur cricket carnival conducted over the long week-end in January since 1948 by the Charters Towers Cricket Association Incorporated (CTCA), and it is now the largest in the southern hemisphere. Players ranging from regional and the country to play. Numbers in recent years have reached just shy of 200 teams. The event is of massive benefit for the town bringing in business for the entire region, especially the town's pubs and clubs. While the higher grades take it very seriously with awards and prizes given, the lower grades take to a more social view. Games involving drinking penalties and costume wearing are all part of the antics. In 2010, more teams were involved than ever. However, the competition did not reach the magic two hundred team only because of the lack of fields in the region. Many of the fields are concrete pitches on the properties of local families in the region.

During World War 2, Charters Towers was the location of RAAF No.9 Inland Aircraft Fuel Depot (IAFD), completed in 1942 and closed on 29 August 1944. Usually consisting of 4 tanks, 31 fuel depots were built across Australia for the storage and supply of aircraft fuel for the RAAF and the US Army Air Forces at a total cost of £900,000 ($1,800,000).

All content from Kiddle encyclopedia articles (including the article images and facts) can be freely used under Attribution-ShareAlike license, unless stated otherwise. Cite this article:
Charters Towers Facts for Kids. Kiddle Encyclopedia.