Chattahoochee is a city in Gadsden County, Florida, United States. The population was 3,652 as of the 2010 census, up from 3,287 at the 2000 census. It is part of the Tallahassee, Florida Metropolitan Statistical Area. Chattahoochee sits on the banks of the Apalachicola River, and is separated by the Apalachicola and Victory bridges from neighboring Sneads, Florida, which is in Jackson County. Its local paper is the Twin City News, which covers Sneads and Chattahoochee as well as the surrounding areas. Chattahoochee has its own police force with over ten sworn officers and a police chief. Chattahoochee is a name derived from the Creek language meaning "marked rocks". 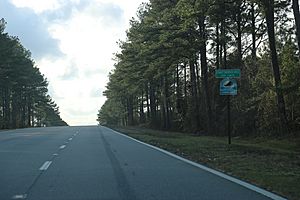 U.S. Route 90 passes through the middle of Chattahoochee as Washington Street; it leads southeast 19 miles (31 km) to Quincy, the Gadsden County seat, and west 5 miles (8 km) to Sneads and 24 miles (39 km) to Marianna. Tallahassee, the state capital, is 43 miles (69 km) to the southeast. Main Street (Little Sycamore Road outside the city limits) leads south 6 miles (10 km) via Flat Creek Road to Interstate 10 at Exit 166.

The southern part of the city includes the community of River Junction at 30°41′N 84°50′W (30.686,-84.841). In the mid-1880s, River Junction was established as a railroad connection point between the Florida Central & Western, later the Seaboard Air Line, and the Pensacola & Atlantic. The connecting track survives.

There were 1,035 households out of which 27.7% had children under the age of 18 living with them, 37.9% were married couples living together, 23.2% had a female householder with no husband present, and 34.7% were non-families. 32.2% of all households were made up of individuals and 15.8% had someone living alone who was 65 years of age or older. The average household size was 2.25 and the average family size was 2.80.

Florida State Hospital, the hospital involved in the famous United States Supreme Court decision, O'Connor v. Donaldson, is located within the City. The former arsenal and current Administration Building of Florida State Hospital is listed on the National Register of Historic Places (Building - #73000578) .

All content from Kiddle encyclopedia articles (including the article images and facts) can be freely used under Attribution-ShareAlike license, unless stated otherwise. Cite this article:
Chattahoochee, Florida Facts for Kids. Kiddle Encyclopedia.