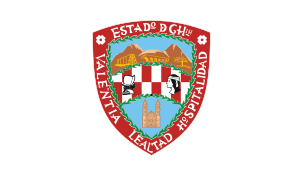 Chihuahua, officially the Free and Sovereign State of Chihuahua (Spanish: Estado Libre y Soberano de Chihuahua), is one of the 31 states which, with Mexico City, comprise the 32 Federal Entities of Mexico. Its capital city is Chihuahua City.

Chihuahua is the largest state in Mexico by area, with an area of 247,455 square kilometres (95,543 sq mi), it is slightly larger than the United Kingdom. The state is consequently known under the nickname El Estado Grande ("The Big State").

Although Chihuahua is primarily identified with the Chihuahuan Desert for namesake, it has more forests than any other state in Mexico, with the exception of Durango. Due to its variant climate, the state has a large variety of fauna and flora. The state is mostly characterized by rugged mountainous terrain and wide river valleys. The Sierra Madre Occidental mountain range, an extension of the Rocky Mountains, dominates the state's terrain and is home to the state's greatest attraction, Las Barrancas del Cobre, or Copper Canyon, a canyon system larger and deeper than the Grand Canyon. On the slope of the Sierra Madre Occidental mountains (around the regions of Casas Grandes, Cuauhtémoc and Parral), there are vast prairies of short yellow grass, the source of the bulk of the state's agricultural production. Most of the inhabitants live along the Rio Grande Valley and the Conchos River Valley. 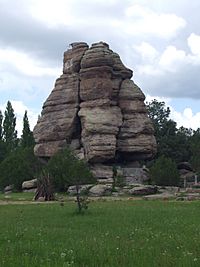 Cumbres de Majalca National Park is found in the transition zone from humid subtropical climate to semiarid climate where Pinus ponderosa can be found.

According to the World Wide Fund for Nature, the Chihuahuan Desert may be the most biologically diverse desert in the world, whether measured on species richness or endemism, although the region has been heavily degraded over time. Many native species have been replaced with creosote shrubs.

All content from Kiddle encyclopedia articles (including the article images and facts) can be freely used under Attribution-ShareAlike license, unless stated otherwise. Cite this article:
Chihuahua (state) Facts for Kids. Kiddle Encyclopedia.