Clemson is a city in Pickens and Anderson counties in the U.S. state of South Carolina. Clemson is home to Clemson University; in 2015 the Princeton Review cited the town of Clemson as ranking #1 in the United States for "town-and-gown" relations with its resident university. The population of the city was 13,905 at the 2010 census. 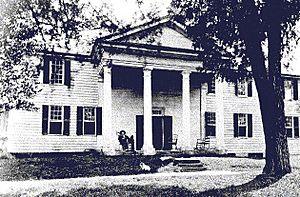 Fort Hill, photographed in 1887, was the home of Thomas Green Clemson the founder of Clemson University.

The city of Clemson's character is largely defined by Clemson University, a large public university that dates to 1889. The university is the cultural center of the city, even though a small multi-block downtown with housing, retail and restaurants is directly to the north of the campus. The community was originally named Calhoun and was renamed Clemson in 1943.

Although the university provides housing for students, many students live off campus in a wide variety of apartment complexes. Save for the downtown, sidewalks are largely absent, but some streets have bike paths. U.S. Route 123 on the northern end of the city exhibits typical suburban-style shopping center developments. The city's comprehensive plan has a historic preservation component which will likely become more important as 1950s and '60s buildings acquire historic status. The Clemson (train) Depot, built in 1893, was rehabilitated in 2001 and now houses the local chamber of commerce and visitor center. A road project has closed the station as of 2016, with no known completion date. 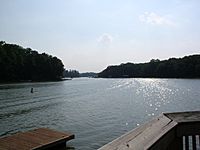 Lake Hartwell as seen from Clemson 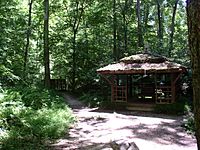 Clemson has a humid subtropical climate characterized by warm, humid summers and cool, dry winters. Precipitation does not vary much throughout the seasons, except for the winter months when precipitation is infrequent. Clemson and the rest of the Upstate of South Carolina generally receives 1 to 3 inches (25 to 76 mm) of snow annually.

The following places and buildings in Clemson are listed on the National Register of Historic Places: 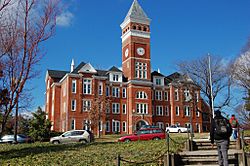 Tillman Hall at Clemson University in 2008

As of the census of 2000, there were 11,939 people, 5,061 households and 2,196 families residing in the city. The population does not reflect the additional on-campus population of Clemson University, which adds roughly 17,000 additional residents for eight months of the year.

There were 5,061 households, out of which 17.8% had children younger than 18 living with them, 35.2% were married couples living together, 5.9% had a female householder with no husband present and 56.6% were non-families. 28.6% of all households were made up of individuals and 7.7% had someone living alone who was 65 or older. The average household size was 2.30, and the average family size was 2.84.

Clemson Area Transit (CAT) is a free transportation service that offers fare free service throughout the Clemson, Anderson, Pendleton and Seneca areas. All CAT buses are made accessible for patrons with disabilities and can accommodate any special needs. The CAT buses also provide transfer services to the local Electric City Transit bus in Anderson. Riders can receive vouchers from CAT bus operators in order to continue their ride fare-free on the Anderson shuttles. 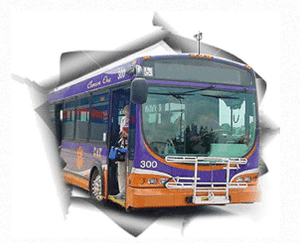 The city of Clemson has an AMTRAK Station at the corner of Calhoun Memorial Highway and College Avenue. The Crescent Route travels from New Orleans to New York City and stops through the Clemson station (CSN). As of 2016, riders now have to take a shuttle to the Greenville Amtrak Station due to construction.

The Clemson area is near three major airports. The closest, Greenville-Spartanburg International Airport, is 45 minutes away in Greenville, South Carolina. Hartsfield-Jackson Atlanta International Airport (ATL) is two and a half hours away in Atlanta, Georgia, and The Charlotte-Douglas International Airport (CLT) is two and a half hours away, as well, in Charlotte, North Carolina. Many different services provide transportation to and from the airport from the Clemson area, including The Airport Shuttle, Anderson/Clemson Shuttle Service, Yellow Cab and Andrews Airport Services.

In addition to Clemson University, the city is home to the South Carolina Botanical Garden, Fort Hill Plantation and Bob Campbell Geology Museum]. Lake Hartwell, a reservoir, is a popular recreation area that borders the city on the west. The Blue Ridge Mountains are located just 30 miles (48 km) from the city center.

All content from Kiddle encyclopedia articles (including the article images and facts) can be freely used under Attribution-ShareAlike license, unless stated otherwise. Cite this article:
Clemson, South Carolina Facts for Kids. Kiddle Encyclopedia.