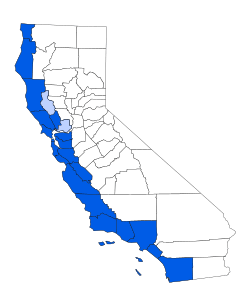 Coastal California, also known as the California Coastline and the Golden Coast, refers to the coastal regions of the US state of California. The term is not primarily geographical as it also describes an area distinguished by cultural, economic and political attributes. 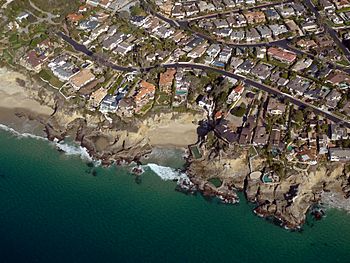 The area includes the North Coast, San Francisco Bay Area (including Silicon Valley), Central Coast, and South Coast. During the 2000 Census, roughly a third of households in coastal California had incomes exceeding $75,000, compared to 17.6% in the Central Valley and 22.5% at the national average.

The region is renowned for being home to artisan communities such as Laguna Beach and Carmel as well as its natural beauty as found in the Redwood Forests of the North Coast. While the area has always been relatively expensive, when compared to inland regions and the national average, the recent real estate boom has left it as the most expensive housing market in the nation. An October 2004 CNN Money publication found that a 2,200-square-foot (200 m2) home in a "middle management neighborhood" would cost an average of $1.8 million. 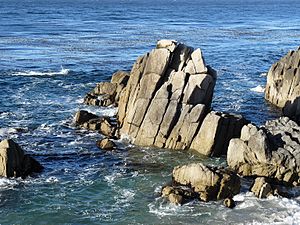 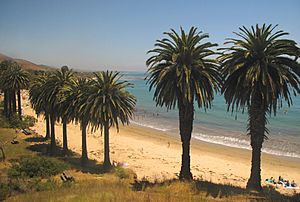 The counties commonly seen as constituting coastal California are:

All content from Kiddle encyclopedia articles (including the article images and facts) can be freely used under Attribution-ShareAlike license, unless stated otherwise. Cite this article:
Coastal California Facts for Kids. Kiddle Encyclopedia.