Coffee County is a county located in the south central part of the U.S. state of Tennessee. As of the 2010 census, the county's population was 52,796. Its county seat is Manchester.

Coffee County was formed in 1836 from parts of Bedford, Warren, and Franklin counties. It was named for John Coffee, an early European-American settler.

Coffee County has twelve Century Farms, the classification for farms that have been operating for more than 100 years. The oldest Century Farm is Shamrock Acres, founded in 1818. Other Century Farms include: 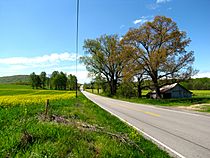 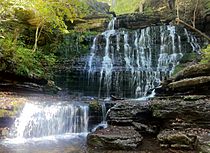 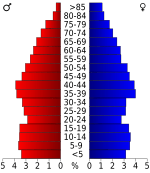 The Bonnaroo Music Festival has been held annually in the county since 2002. 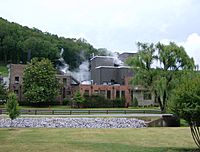 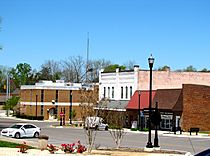 All content from Kiddle encyclopedia articles (including the article images and facts) can be freely used under Attribution-ShareAlike license, unless stated otherwise. Cite this article:
Coffee County, Tennessee Facts for Kids. Kiddle Encyclopedia.