Concert of Europe facts for kids

The Concert of Europe, also known as the Congress System or the Vienna System after the Congress of Vienna, was a system of dispute resolution adopted by the major conservative powers of Europe to maintain their power, oppose revolutionary movements, weaken the forces of nationalism, and uphold the balance of power. Historians date its operation from the end of the Napoleonic Wars (1815) to the early 1820s, although some see it playing a role until the Crimean War (1853–1856).

The member countries were the United Kingdom, Austria, Russia and Prussia (no longer a country). After Napoleon, ruler of France, was no longer in power, France joined the Concert of Europe. 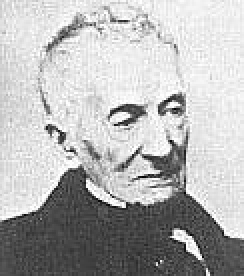 Prince Metternich, Austrian Chancellor and an influential leader in the Concert of Europe

The leaders of this concert include:

The Concert was also known as the Congress System, where leaders would meet and reach decisions by mutual agreement. It eventually would change names and more countries joined to form The League of Nations.

Important goals of the Concert:

All content from Kiddle encyclopedia articles (including the article images and facts) can be freely used under Attribution-ShareAlike license, unless stated otherwise. Cite this article:
Concert of Europe Facts for Kids. Kiddle Encyclopedia.