DeLand is a city in the U.S. state of Florida. It is the county seat of Volusia County. The city sits approximately 34 miles (55 km) north of the central business district of Orlando, and approximately 23 miles (37 km) west of the central business district of Daytona Beach. As of the 2010 U.S. Census, the city had a population of 27,031. It is a part of the Deltona–Daytona Beach–Ormond Beach, FL metropolitan statistical area, which was home to 590,289 people as of the 2010 census.

On February 2, 2007, DeLand and the surrounding area was the site of a major tornado outbreak.

Known as Persimmon Hollow for the wild persimmon trees that grow around the natural springs, the area was originally accessible only by steamboat up the St. Johns River. It was settled in 1874 by Captain John Rich, who built a log cabin. Henry Addison DeLand, a baking soda magnate from Fairport, New York, visited there in 1876, and envisioned building a citrus, agricultural and tourism center. That year he bought land and founded the town, naming it after himself. He sold his northern business and hired people to clear land, lay out streets, erect buildings and recruit settlers, most of whom came from upstate New York (however, he never lived in the city year-round.) The City of DeLand was officially incorporated in 1882, and became the county seat of Volusia County in 1887. It was the first city in Florida to have electricity.

In 1877 Henry A. DeLand built a public school for the town. To enhance the community's stature and culture, and to enhance the value of his local real estate holdings, in 1883 Henry A. DeLand established DeLand Academy, Florida's first private college. However, in 1885, a freeze destroyed the orange crop. One story has it that DeLand had guaranteed settlers' investments as an inducement to relocate, and so was obligated to buy back their ruined groves, though there is no hard evidence that this actually happened. Like many other would-be real estate magnates in the area at the time, his Florida investments were nearly worthless after the freeze, and he returned to his home in the North. DeLand entrusted the academy to his friend John B. Stetson, a wealthy hat manufacturer from Philadelphia and one of the institution's founding trustees. In 1889, it was renamed John B. Stetson University in its patron's honor. In 1900 it founded the first law school in Florida (relocated to Gulfport in 1954). Its various sports teams are called the Hatters.

During the 1920s Florida Land Boom, DeLand's streets filled with fine examples of stucco Mediterranean Revival architecture by native architect Medwin Peek and others, many of which have been handsomely restored, one being the recently reopened Athens Theatre.

Since 1992, the city has hosted the DeLand Fall Festival of the Arts, a two-day event in the historic downtown area. As of 2009, the event has an annual attendance of more than 50,000 over the weekend immediately prior to Thanksgiving each year. 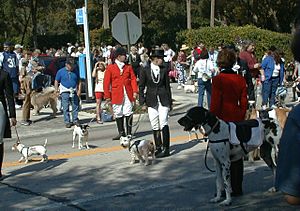 There were 8,375 households out of which 23.8% had children under the age of 18 living with them, 37.0% were married couples living together, 14.6% had a female householder with no husband present, and 44.7% were non-families. 37.2% of all households were made up of individuals and 20.4% had someone living alone who was 65 years of age or older. The average household size was 2.22 and the average family size was 2.92. 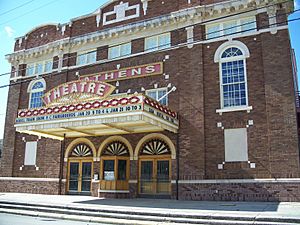 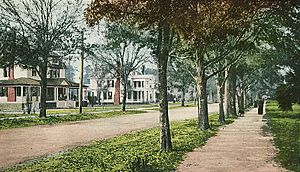 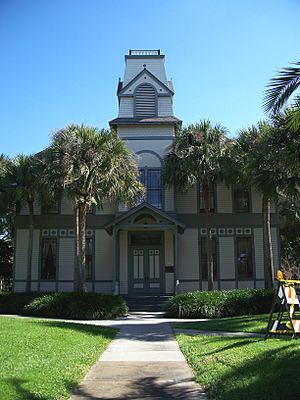 In 2001, Michael E. Arth, a California artist, urban designer and filmmaker, bought twenty-seven dilapidated structures, renamed the area the Garden District, and lobbied to create a new historic district. During the following eight years he restored or rebuilt 32 homes and businesses, which have become the core of a neighborhood revival. A feature-length documentary film, New Urban Cowboy: Toward a New Pedestrianism, tells the story of DeLand and the Garden District. The film premiered in DeLand in January 2009 at the newly restored Athens Theatre. Previously, the film had appeared in seven film festivals and received the Audience Choice Award at the Real to Reel International Film Festival in 2008.

The Hatters baseball team plays at Melching Field at Conrad Park, a 2,500-seat ballpark located off campus just south of downtown DeLand. Melching Field was built in 1999 and is recognized as one of the finer college baseball venues in the NCAA, having hosted numerous Atlantic Sun Conference championships and other baseball related tournaments and events. Prior to the opening of Melching Field, the Hatters played at old Conrad Park on the same site, which also hosted spring training games in the 1940s and 1950s and the DeLand Red Hats, a Florida State League minor league franchise.

DeLand has been called the "skydiving capital of the world", with the majority of skydiving industries calling it home. The skydiving industry employs over 500 workers from the DeLand area. This in combination with the tourist end of the industry makes it one of the town's largest supporters and invaluable to the local economy.

Central Florida Warriors of the USA Rugby League are based in DeLand.

The HBO miniseries From the Earth to the Moon filmed several scenes on the campus of Stetson University. The 1999 independent film The First of May, starring Mickey Rooney and Joe DiMaggio, was shot on various locations throughout DeLand. Days of Thunder, starring Tom Cruise, was also partially filmed in DeLand.

Walt Before Mickey filmed several scenes at the Stetson University campus in 2014.

Local transit service is provided by VOTRAN on the #20 and #60 routes.

During the Second World War, the Babcock Airplane Corporation manufactured 60 Waco CG-4 assault gliders at DeLand, but the firm was out of business by 1945.

All content from Kiddle encyclopedia articles (including the article images and facts) can be freely used under Attribution-ShareAlike license, unless stated otherwise. Cite this article:
DeLand, Florida Facts for Kids. Kiddle Encyclopedia.