Division of Burt facts for kids

The Division of Burt is an Australian electoral division in the state of Western Australia. 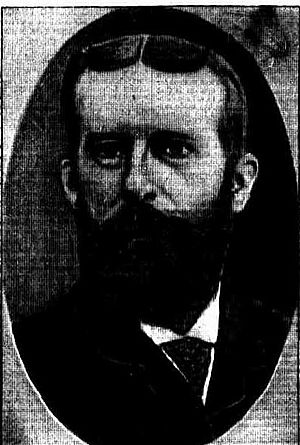 Septimus Burt, whose family the division was named after.

The division was created in 2015. It was named after the Burt family, especially Sir Archibald Burt, Septimus Burt and Sir Francis Burt. The division is in the south-eastern suburbs of Perth. It covers areas that were once in the divisions of Canning, Hasluck and Tangney.

The seat was first contested at the 2016 federal election.

All content from Kiddle encyclopedia articles (including the article images and facts) can be freely used under Attribution-ShareAlike license, unless stated otherwise. Cite this article:
Division of Burt Facts for Kids. Kiddle Encyclopedia.