Hastings Kamuzu Banda (c. 1898 – 25 November 1997) was the Prime Minister and later President of Malawi from 1964–1994 (for the first year of his rule as it achieved independence in 1964, Malawi was the British protectorate of Nyasaland). In 1966, the country became a republic and he became president.

He was formally appointed Prime Minister of Nyasaland, and led the country to independence in 1964. Two years later, he proclaimed Malawi a republic with himself as president.

He consolidated power and later declared Malawi a one-party state under the Malawi Congress Party (MCP). In 1970, the MCP made him the party's President for Life. In 1971, he became President for Life of Malawi itself. 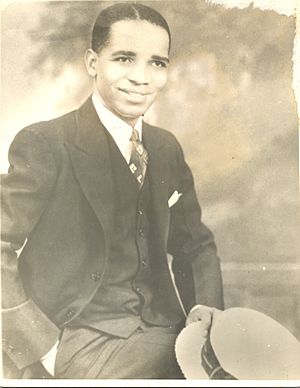 Banda attended school in the United States. In 1928 he graduated from the school that is now Central State University in Ohio. Next he attended Indiana University as a premedical student. After four semesters he transferred to the University of Chicago. He graduated in 1931. Banda then studied medicine at Meharry Medical College in Tennessee.

Banda was required to get a second medical degree in order to practice medicine in the British Empire. He attended the University of Edinburgh. Between 1941 and 1945, he worked as a doctor in North Shields. 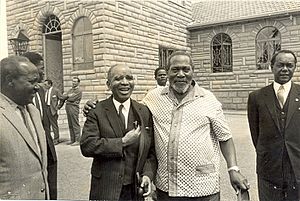 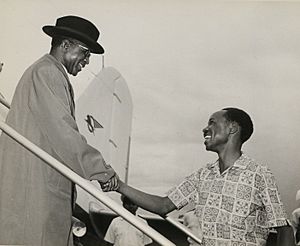 Banda was against the efforts of Sir Roy Welensky. Welensky wanted to form a federation between Southern and Northern Rhodesia with Nyasaland (Malawi).

In 1951 he moved to the Gold Coast in West Africa. Banda finally returned to Nyasaland on 6 July 1958. In August he was named as the leader of the Congress. He spoke against colonialism and for independence. In 1963, he was formally made Nyasaland’s prime minister. On 6 July 1964, Nyasaland became the independent Commonwealth of Malawi.

A renowned anti-communist leader in Africa, he received support from the Western Bloc during the Cold War. He generally supported women's rights, improved the country's infrastructure and maintained a good educational system relative to other African countries.

He received criticism for maintaining full diplomatic relations with the apartheid government in South Africa.

By 1993, amid increasing domestic and international pressure, he agreed to hold a referendum which ended the one-party system. Soon afterwards, a special assembly ended his life-term presidency and stripped him of most of his powers. Banda ran for president in the democratic elections that followed and he was defeated.

All content from Kiddle encyclopedia articles (including the article images and facts) can be freely used under Attribution-ShareAlike license, unless stated otherwise. Cite this article:
Hastings Banda Facts for Kids. Kiddle Encyclopedia.