Hawke's Bay Region (Māori: Heretaunga) is a region of New Zealand on the east coast of the North Island. It is recognised on the world stage for its award-winning wines. Hawke's Bay Regional Council sits in both the cities of Napier and Hastings. It derives from Hawke Bay which was named by Captain James Cook in honour of Admiral Edward Hawke who decisively defeated the French at the Battle of Quiberon Bay in 1759. 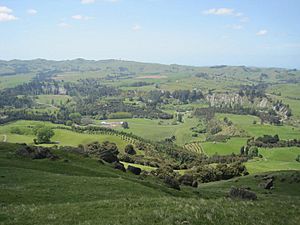 Part of the Hawke's Bay landscape

The region is situated on the east coast of the North Island. It bears the former name of what is now Hawke Bay, a large semi-circular bay that extends for 100 kilometres from northeast to southwest from Mahia Peninsula to Cape Kidnappers.

The Hawke's Bay region includes the hilly coastal land around the northern and central bay, the floodplains of the Wairoa River in the north, the wide fertile Heretaunga Plains around Hastings in the south, and a hilly interior stretching up into the Kaweka and Ruahine Ranges.

Five major rivers flow down into the coast of Hawke's Bay. From north to south, they are the Wairoa River, Mohaka River, Tutaekuri River, Ngaruroro River and Tukituki River respectively. Lake Waikaremoana is situated in northern Hawke's Bay roughly 35 km from the coast. It is the largest lake in Hawke's Bay, 4th largest in the North Island and 16th largest in New Zealand.

The region consists of Wairoa District, Hastings District, Napier City, and its southernmost district, Central Hawke's Bay District, as well as the town of Taharua in Taupo District and the town of Ngamatea in Rangitikei District. It does not include Southern Hawke's Bay, whose constituent districts, the Dannevirke and Woodville counties, came under the Tararua District Council and the Manawatu-Wanganui Regional Council (also known as Horizons Regional Council) in the 1989 local government reforms.

In June 2015, the Local Government Commission proposed the amalgamation of the four local councils with the Hawke's Bay Regional Council. This proposal was rejected by the affected communities.

The region has a hill with the longest place name in New Zealand, and the longest in the world according to the 2009 Guinness Book of Records. Taumata­whakatangihanga­koauau­o­tamatea­turi­pukakapiki­maunga­horo­nuku­pokai­whenua­kitanatahu is an otherwise unremarkable hill in southern Hawke's Bay, not far from Waipukurau. 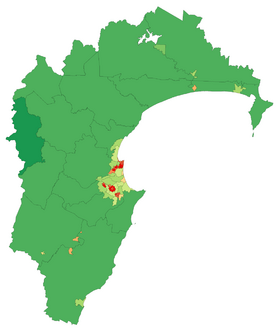 Below is a list of urban areas that contain more than 1,000 population.

The region has a significant Māori population; 24.3 percent of the population identified as of Māori ethnicity at the 2013 census. A major local Māori tribe is Ngāti Kahungunu.

Around 50.5 percent of Hawke's Bay's population affiliate with Christianity at the 2013 Census, making it one of two regions in New Zealand (the other being Southland) with a majority Christian population. 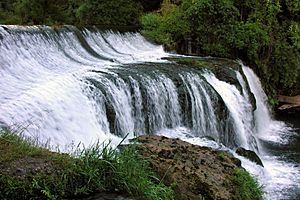 Hawke's Bay Province was founded in 1858 as a province of New Zealand, after being separated from the Wellington Province following a meeting in Napier in February 1858. The Province was abolished in 1876 along with all other provinces in New Zealand. It was replaced with a Provincial District.

On February 3, 1931, Napier and Hastings were devastated by New Zealand's worst natural disaster, an earthquake measuring 7.9 on the Richter magnitude scale, which killed 256 people. Napier rebuilt and now the city is world-famous for its Art Deco buildings, and celebrates its heritage each February with the Art Deco Weekend. MTG Hawke's Bay, formerly Hawke's Bay Museum and Art Gallery, has an exhibition on the earthquake, its causes and impact. 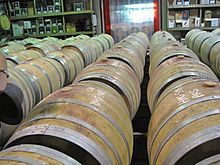 Inside a Hawke's Bay winery

The region is served by a variety of radio stations including Radio Kahungunu, Classic Hits 89.5, More FM, access station Radio Kidnappers and local station Bay FM. As well, most of the national commercial and non-commercial operators have transmitters covering the region. Hawke's Bay also has its own TV station, TVHB, which provides a mix of news and information programmes hosted by local personalities.

Hawke's Bay produces some of New Zealand's finest wines and once a year Harvest Hawke's Bay celebrates the fact by offering a three-day wine and food festival. This event attracts many thousands.

Napier is home to the Mission Concert held early each year since 1993. The event, held at the Mission Estate Winery in Taradale, has attracted performers such as Kenny Rogers, Shirley Bassey, Rod Stewart, The B-52's, Belinda Carlisle, Ray Charles, and Eric Clapton. The 2009 concert attraction was to be Lionel Richie, but the concert was cancelled because of rain.

All content from Kiddle encyclopedia articles (including the article images and facts) can be freely used under Attribution-ShareAlike license, unless stated otherwise. Cite this article:
Hawke's Bay Region Facts for Kids. Kiddle Encyclopedia.