Herkimer is a village on the north side of the Mohawk River and the county seat of Herkimer County, New York, United States, approximately 15 miles (24 km) southeast of Utica. As of the 2020 Census, it had a population of 7,234. It was part of the Burnetsfield Patent and the first colonial settlement this far west in the Mohawk Valley.

The village takes its name from the Herkimer family, Palatine German immigrants who settled in the area in 1723. The most notable family member was Nicholas Herkimer, a general of the Tryon County militia, who died from wounds received at the Battle of Oriskany in the American Revolutionary War.

The village is located within the town of Herkimer and Herkimer County; together they are referred to as "The Herkimers". The citizens of the village are served by three levels of government of the same name: the village, the town and the county of Herkimer. (Only the residents of the village of Madison and New York County, also in New York, share a similar distinction.) 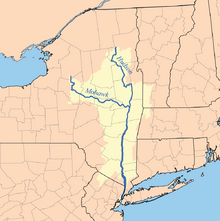 Palatine Germans first arrived in New York State in August 1708, with most arriving in the summer of 1710. Refugees from religious wars in Europe, they had agreed to exchange work for passage to the New York Colony. This was arranged by Queen Anne's government, and in 1710 nearly 2800 Germans arrived in ten ships at present-day Manhattan. They were at first quarantined on Nutten Island (now known as Governors Island) until the ship fevers ran their course. In exchange, they worked for some time in camps along the Hudson River to manufacture British naval supplies. As early as 1712, some went on upriver to settle along Schoharie Creek in the Mohawk Valley.

In 1722, in response to a request by the German Palatine leaders Joseph Petrie and Conrad Rickert, Governor William Burnet granted the Palatines a lease to purchase land from the Mohawk Nation in the vicinity of the confluence of West Canada Creek and the Mohawk River. After a survey of the land was completed in 1723, many more settlers arrived in the area between 1723 and 1725. They settled on both the north and south sides of the Mohawk River. The area was originally known as "Burnetsfield", named in honor of the Governor. The Burnetsfield Patent, granted April 13, 1725, assigned 100-acre (0.40 km2) lots to about ninety heads of family. The area was also referred to at times as "Stone Ridge", "The Flats", "The Falls", and most commonly, due to the mostly German immigrant population and the flat floodplain topography, as German Flatts. This was the first European-American settlement this far west in the Mohawk Valley.

Shortly after 1722, a blockhouse and a church were erected in the village on the north side of the river. This site was later developed as the present Reformed Church. The first known minister was the Reverend George Michael Weiss, who served from 1735 to 1742. A schoolhouse was erected in 1745. Weiss was followed in 1751 by the Elder Rosencrantz, who was succeeded by his son, the Reverend Abraham Rosencrantz, the latter serving until his death in 1796. 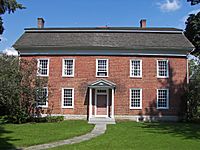 During the French and Indian War, the town was twice attacked by the French and their native American allies, in November 1757 (cf. Attack on German Flatts (1757)) and again in April 1758, when the settlement on the south side of the river and Fort Herkimer were attacked, and about 30 settlers were killed. Captain Nicholas Herkimer held the command of the Fort, assembling all of the settlers he could within the fort.

During the Revolutionary War, the town was attacked multiple times by Loyalists and Iroquois allies, as were other German settlements in the valley. One of these raids was by the Butler's Rangers in September 1778. (see Attack on German Flatts (1778)) The village was defended by Fort Dayton. 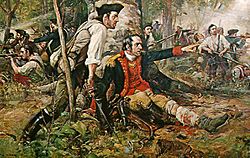 Fort Herkimer and the settlement on the south side of the river were also attacked. George, Catherine and Nicholas Demuth were among children captured by the Onondaga during a raid in 1779, as they were playing outside the fort. After the war, during prisoner exchange, George and Catherine returned to the Demuth family. Nicholas, the youngest, had been adopted by an Onondaga chief and become assimilated. He chose to stay with the tribe for the rest of his life. Although he maintained contact with his birth family, he accompanied the Onondaga and lived with them on a reservation outside Syracuse. He married into the tribe and worked as an interpreter and negotiator.

The village of Herkimer was attacked for the last time during the war on July 15, 1782, by about five hundred Tories and Iroquois. Two residents were killed, Johann Christian Schell and his son, Denis Augustinius Schell. The rest managed to reach the safety of the Fort. Fifty horses were taken and fifteen killed, 180 cattle were taken and thirteen killed, and thirteen houses and two barns were burned.

By the mid-to-late 19th century, the Village was served by the New York Central & Hudson River Railroad, a branch of which (the Mohawk and Malone Railway) extended north through the Adirondacks to Malone, New York. An inter-urban electric trolley traveled on railways among villages and Little Falls, Syracuse, Richfield Springs, Cooperstown and Oneonta. The Erie Canal, built from 1817 to 1825, also served villages and towns in the valley, carrying increased traffic and trade between the Great Lakes and the Hudson River and port of New York.

By the late 19th century, the Village also had a public library. The Folts Mission Institute opened in 1893 as a training school for young women under the auspices of the Women's Foreign Missionary Society of the Methodist Episcopal Church. In 1907, a monument was erected in a city park by the Village to honor American Revolutionary War General Nicholas Herkimer (unveiled August 6, 1907). 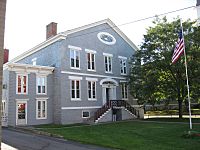 In 2000, the United States Congress designated the historic route of the Erie Canal, which runs through the Village of Herkimer, as the Erie Canalway National Heritage Corridor. The villages, towns and landscape are all included in this designation as elements contributing to its significance.

Places of interest in modern-day Herkimer

The Mudville Softball Complex (which takes its name from the fictional town in the poem Casey at the Bat), on Route 28 just north of Herkimer, hosts Interscholastic and Travel Team Softball Tournaments throughout the spring and summer. The facility is also home of the New York State High School Softball Hall of Fame.

Established in 1907 as a private country club, the now public Mohawk Valley Country Club has an 18-hole golf course, driving range, practice green and tennis courts. It is located on State Route 5 just east of Herkimer.

Several small commercial mines in the area cater to tourists, where visitors can hunt for Herkimer diamonds.

The Plantation Island New York State Wildlife Management Areas, consisting of approximately 300 acres of Mohawk River floodplain, lies on the opposite shore of West Canada Creek just southeast of the Village of Herkimer. Another smaller Wildlife Management site, providing access and parking for fishing on the creek, is just northeast of the Village, along Shells Bush Road, across the Donald J. Mitchell Bridge from State Route 28.

In the 1940s, a pejorative epithet: "Herkimer-Jerkimer"—used by some in attempts to disparage area residents—developed some currency among a few city slicker denizens of, particularly, New York City—apparently envious of the Upstate area's more laid-back, tranquil pace of life and natural beauty. Local residents took little umbrage, content in their knowledge of the ongoing lucrative boost to the local economy, from the large numbers of these "New York City Pigeons" (as they sometimes referred to them) flocking to the area in droves on week-ends every spring, summer and fall—and even on occasion in the winter months—for tourism and recreation. 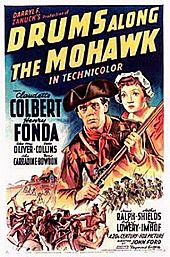 1936 Drums Along the Mohawk film

Herkimer is at the confluence of the Mohawk River and its tributary, West Canada Creek. The Plantation Island Wildlife Management Area administered by the NY State Department of Environmental Conservation, has been designated on the opposite shore of West Canada Creek just southeast of the Village of Herkimer, consisting of approximately 300 acres of Mohawk River floodplain. Another smaller Wildlife Management site, providing access and parking for fishing, has been designated on West Canada Creek, northeast of the Village, across the creek on Shells Bush Road.

The Herkimer/Middleville area is a favorite collecting area for rockhounds due to its vast deposits of large, low-inclusion quartz crystals known as "Herkimer diamonds," similar to "Cape May diamonds." Although the minerals are not true diamonds, they are sometimes used as gemstones and incorporated into jewelry. The minerals formed in Cambrian age limestone and dolostone, probably from ground water action after the original formation of the rock in an ancient sea. According to locals, it is considered lucky to recover a crystal still partly embedded in a chunk of its host rock.

Several commercial mines cater to tourists. They can break up rock or screen soil weathered from it to find the quartz. The quartz itself is resistant to weathering.

Of the households, 23.6% had children under the age of 18 living in them, 36.6% were married couples living together, 11.8% had a female householder with no husband present, and 47.0% were non-family households. 35.4% of all households were made up of individuals, and 17.8% had someone living alone who was 65 years of age or older. The average household size was 2.21 and the average family size was 2.87.

Herkimer has one professional minor league basketball team named, The Herkimer Originals. The Originals play in the Northeast Division of the American Basketball Association. They began play in the 2021–2022 season.

The Mudville Softball Complex (which takes its name from the fictional town in the poem "Casey at the Bat"), on Route 28 just north of Herkimer, hosts interscholastic and travel team softball tournaments throughout the spring and summer. The facility is also home of the New York State High School Softball Hall of Fame.

Established in 1907 as a private country club, the now public Mohawk Valley Country Club has an 18-hole golf course, driving range, practice green and tennis courts. It is located on State Route 5 just east of Herkimer.

The village is part of the Herkimer Central School District.

Herkimer County Community College is a two-year community college in the northwestern part of the village, bounded on the north by Reservoir Road. 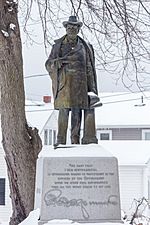 All content from Kiddle encyclopedia articles (including the article images and facts) can be freely used under Attribution-ShareAlike license, unless stated otherwise. Cite this article:
Herkimer (village), New York Facts for Kids. Kiddle Encyclopedia.