Karl Pearson; originally named Carl; 27 March 1857 – 27 April 1936) was an English mathematician and biostatistician. He has been credited with establishing the discipline of mathematical statistics. He founded the world's first university statistics department at University College London in 1911, and contributed significantly to the field of biometrics and meteorology. Pearson was also a proponent of social Darwinism and eugenics. Pearson was a protégé and biographer of Sir Francis Galton. Pearson's ideas helped build the statistical methods in common use today. 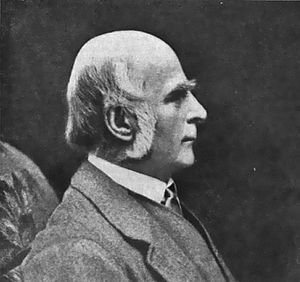 Pearson met Charles Darwin's cousin Francis Galton, who was interested in heredity and eugenics. Pearson became Galton's protégé. After Galton's death in 1911, Pearson started on a massive three-volume biography of Galton. It celebrated Galton's life, work, and talent. He predicted (wrongly) that Galton, rather than Charles Darwin, would be remembered as the most prodigious grandson of Erasmus Darwin.

When Galton died, he left much of his estate to University College London for a Chair in Eugenics. Pearson was the first holder of this chair, in accordance with Galton's wishes. He formed the Department of Applied Statistics, which included the Biometric and Galton laboratories. He stayed with the department until his retirement in 1933, and continued to work until his death in 1936.

Pearson was known in his lifetime as a prominent "freethinker" and socialist. His commitment to socialism and its ideals led him to refuse the offer of being created an OBE (Officer of the Order of the British Empire) in 1920 and also to refuse a knighthood in 1935. 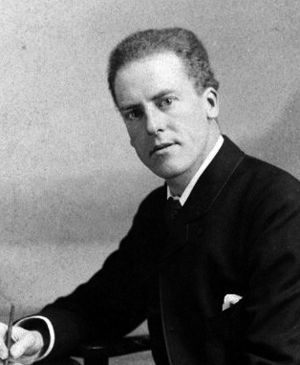 When the 23-year-old Albert Einstein started the Olympia Academy study group in 1902, his first reading suggestion was Pearson's The Grammar of Science. This book covered several themes that were later to become part of the theories of Einstein and other scientists. Pearson asserted that the laws of nature are relative to the perceptive ability of the observer. An observer who travels at the exact velocity of light would see an eternal now, or an absence of motion. He speculated that an observer who travelled faster than light would see time reversal, similar to a cinema film being run backwards. Pearson also discussed antimatter, the fourth dimension, and wrinkles in time.

All content from Kiddle encyclopedia articles (including the article images and facts) can be freely used under Attribution-ShareAlike license, unless stated otherwise. Cite this article:
Karl Pearson Facts for Kids. Kiddle Encyclopedia.