Karlovy Vary or Carlsbad is a spa town situated in western Bohemia, Czech Republic, on the rivers Ohře and Teplá, approximately 130 km (81 mi) west of Prague (Praha). It is named after Charles IV, Holy Roman Emperor and King of Bohemia, who founded the city in 1370. It is the site of numerous hot springs (13 main springs, about 300 smaller springs, and the warm-water Teplá River), and is the most visited spa town in the Czech Republic. 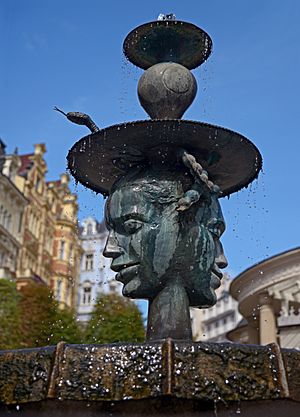 An ancient late Bronze Age fortified settlement was found in Drahovice. A Slavic settlement on the site of Karlovy Vary is documented by findings. People lived in close proximity to the site as far back as the 13th century and they must have been aware of the health effects of thermal springs.

Around 1350, Charles IV, Holy Roman Emperor organized an expedition into the forests surrounding modern-day Karlovy Vary during a stay in Loket. On the site of a spring, he established a spa called the Horké Lázně u Lokte (Hot Spas at Loket). The location was subsequently named "Carlsbad" in German after the emperor, who extolled the healing powers of the hot springs, at least according to legend. Charles IV granted the town privileges on 14 August 1370. Earlier settlements can also be found on the outskirts of today's town.

Due to publications produced by physicians, the town developed into a famous spa resort in the 19th century and was visited by many members of European aristocracy as well as celebrities. It became even more popular after railway lines were completed from Prague to Cheb in 1870.

A panorama showing most of the spa/historic section of Karlovy Vary. Key sites, from left to right, are: the dark grey, socialist-era Thermal Spring Colonnade (also Hot Spring Colonnade or Sprudel) featuring a glass chimney. Directly above is the twin-steeple Church of St. Mary Magdalene. The large, stately building on the central hill is the Hotel Imperial. Below, to the right of the square, is the Opera House. The Grandhotel Pupp is the large white building, far right 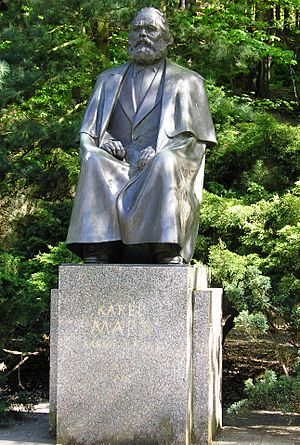 In the 19th century, Karlovy Vary became a popular tourist destination, especially known for international celebrities who visited for spa treatment. The city is also known for the Karlovy Vary International Film Festival, which is one of the oldest in the world and one of Europe's major film events.

It is also known for the popular Czech liqueur Becherovka and the production of the famous glass manufacturer Moser Glass, which is located in Karlovy Vary. The famous Karlovarské oplatky (Carlsbad wafers) originated in the city in 1867. It has also lent its name to "Carlsbad plums", candied stuffed zwetschgen.

The city has been used as the location for a number of film-shoots, including the 2006 films Last Holiday and box-office hit Casino Royale, both of which used the city's Grandhotel Pupp in different guises.

Carlsbad, New Mexico, United States (after which Carlsbad Caverns National Park is named), Carlsbad, California, USA Carlsbad Springs, Ontario, Canada, and Carlsbad, Texas, USA, take their names from Karlovy Vary's English name, Carlsbad. All of these places were so named because they were the sites of mineral springs or natural sources of mineral water.

All content from Kiddle encyclopedia articles (including the article images and facts) can be freely used under Attribution-ShareAlike license, unless stated otherwise. Cite this article:
Karlovy Vary Facts for Kids. Kiddle Encyclopedia.