Carlsbad ( KARLZ-bad) is a city in and the county seat of Eddy County, New Mexico, United States. As of the 2010 census, the city population was 26,138. Carlsbad is centered at the intersection of U.S. Routes 62/180 and 285, and is the principal city of the Carlsbad-Artesia Micropolitan Statistical Area, which has a total population of 55,435. Located in the southeastern part of New Mexico, Carlsbad straddles the Pecos River and sits at the eastern edge of the Guadalupe Mountains.

It is named after the world famous spa city of Karlsbad in Bohemia.

Development of southeastern New Mexico in the late 19th century was fueled by the arrival of colonies of immigrants from England, Switzerland, France, and Italy. Located along the banks of the Pecos River, Carlsbad was originally christened the town of Eddy on September 15, 1888, and organized as a municipal corporation in 1893; the settlement bore the name of Charles B. Eddy, co-owner of the Eddy-Bissell Livestock Company. With the commercial development of local mineral springs near the flume for medicinal qualities, the town later voted to change its name to Carlsbad after the famous European spa Carlsbad, Bohemia (now Karlovy Vary, Czech Republic). On March 25, 1918, the growing town surpassed a population of 2,000, allowing then-governor of New Mexico Washington Ellsworth Lindsey to proclaim Carlsbad a city.

Most of Carlsbad's development was due to irrigation water. Local cattleman recognized the value of diverting water from the Pecos River to the grazing lands on Eddy's Halagueno Ranch. Many construction projects were undertaken to establish an irrigation system within the town. The Avalon Dam was constructed upstream of town, and canals diverted the water into town. Conflict arose when the canals met the river downstream; as a result, the Pecos River Flume was built, first out of wood and later concrete (the flume is often titled the only place where a river crosses itself).

Key to the growth of the area were special excursion trains that brought visitors from the East at reduced fares. Before the railroad was completed from Pecos in 1891, travel parties met at the railroad station in Toyah, Texas, and were driven by buggy 90 miles (140 km) over a rough, dusty road to this small but growing settlement on the banks of the Pecos River. Most of the early construction in Carlsbad was completed with locally manufactured bricks. The bricks were quite soft and of poor quality. The former First National Bank building at the corner of Canal and Fox streets is one of the few remaining buildings constructed with the local brick. The re-discovery of Carlsbad Caverns (then known as "Bat Cave") by local cowboys in 1901 and the subsequent establishment of Carlsbad Caverns National Park on May 14, 1930, gained the town of Carlsbad substantial recognition.

In 1925, potash was discovered near Carlsbad, and for many years Carlsbad dominated the American potash market. Following the decline of the potash market in the 1960s, the residents and leaders of Carlsbad lobbied for the establishment of the Waste Isolation Pilot Plant (WIPP), a site where low-level nuclear waste would be stored thousands of feet underground in salt beds. Congress authorized the WIPP project in 1979, and construction began in 1980. The DOE Carlsbad Area Office opened in 1993, and the first waste shipment arrived in 1999.

Currently, Carlsbad has experienced a "boom". The city is leading in the production of oil and natural gases across the entire area, causing an increase in the employment rate. Due to this increase families and individuals have begun to migrate to Carlsbad.

Photo of Carlsbad from the top of C-Hill

According to the United States Census Bureau, Carlsbad has a total area of 29.2 square miles (75.6 km2); 28.9 square miles (74.9 km2) of the city is land, and 0.3 square miles (0.7 km2), or 0.93%, is water. Most of the water within city limits consists of the Pecos River and Lake Carlsbad recreation area. The river flows into the northern part of Carlsbad, downstream from Lake Avalon and Brantley Lake, passes east of downtown, and exits in the southeast. Dark Canyon Draw also runs through the southern part of town, but only drains during heavy rainfall.

Carlsbad is part of the Interior West climate zone. It is classified as semi-arid (Köppen BSk), meaning average annual precipitation is less than potential evapotranspiration, but more than half. A moderate amount of rain falls each year, with the maximum occurring during September. 53 tornadoes have been reported in Eddy County since 1950.

The economy of the Carlsbad area is based primarily on the mineral extraction sector; the city overlies the rich oil- and gas-producing formations of the Permian Basin and produces more potash than any other location in the United States. Carlsbad is home to the DOE's Carlsbad Field Office which operates the Waste Isolation Pilot Plant to safely store the transuranic nuclear wastes from the nation's defense sites. Tourism is a major factor with Carlsbad Caverns National Park, Guadalupe Mountains National Park, Lincoln National Forest, the Living Desert Zoo and Gardens State Park, and the annual Christmas on the Pecos Light Show all located within fifty miles of the city.

Potash is a potassium-containing compound used as a fertilizer, along with nitrogen and phosphorus. Potash deposits were found underground across the Permian Basin in 1925. Two companies, Mosaic Potash Carlsbad (formerly IMC Global) and Intrepid Potash (formerly Mississippi Chemical Corporation), operate mining operations east of Carlsbad. Both mines employ a significant number of workers from surrounding communities; each company also contributes to local charities.

Carlsbad Municipal School District is the operating public school system for Carlsbad. Besides the before mentioned schools, Carlsbad Municipal Schools also operates a charter school, Jefferson Montessori Academy. The mission of the Carlsbad Board of Education is to create a public school environment which meets the individual educational needs of all children regardless of their ability, ethnicity, creed, gender or social standing.

New Mexico State University has a branch campus located in Carlsbad, offering certificate, associate degree, bachelor's degree, and continuing education programs. NMSUC has a student population of approximately 2,000 and a staff of 104 faculty. Previously known as the Carlsbad Instructional Center, the campus was established in 1950 as the state's first community college. It was renamed a branch of NMSU in 1960. The present-day main building was built in 1980; an additional instruction center was added in 1987 and the computer facilities wing was completed in 1996. By 2011, the campus had added an additional building to house its nursing program, the Allied Health and University Transfer Center.

The Carlsbad Bats professional baseball team were a member of the independent Pecos League. The Bats were primarily a travel team in the league, but played two games in Carlsbad in 2011. Carlsbad was considered, but turned down, for a full-time franchise in 2012. Carlsbad recently constructed a youth sports complex on the southwest side of town, containing six softball and four soccer fields. Multiple local and regional tournaments are held at the complex yearly.

The Carlsbad Velo Cycling Club, a local bicycle club began hosting the Cavern City Classic Omnium in 2012 with large success; weekly rides are held on Saturdays giving riders a chance to see much of the surrounding landscape. Annual races for running and walking are organized by the Carlsbad Runner's Club and National Night Out. 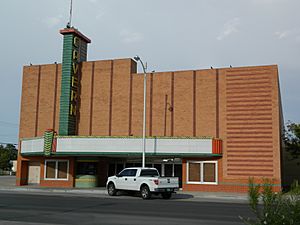 There are three road bridges that cross waterways and serve the municipality:

The Carlsbad Municipal Transit System (CMTS) [1] provides public transportation within the city limits of Carlsbad and portions of Eddy County immediately adjacent to the city. CMTS operates three fixed routes and a general dial-a-ride service. Established in June 1996, CMTS operates a fleet of 17 vans and services persons with disabilities, seniors, students, and the general public. Average monthly ridership is approximately 4,800.

New Mexico Transportation Services, a private company, provides daily transportation to and from the Waste Isolation Pilot Plant for employees at fixed pick up locations throughout town.

Greyhound Lines stops in Carlsbad on route 463 between El Paso and Lubbock, Texas.

Burlington Northern Santa Fe provides freight service in the Carlsbad area, mainly to the local potash mines. Two yard operations are present in Carlsbad: one between Muscatel Avenue and Orchard Lane, and the other between Greene and Church Streets. Currently there is no intercity passenger service

The City of Carlsbad is responsible for the delivery of drinking water and the treatment of wastewater. The city also provides trash and recycling service to residents. Trash is sent to the Sandpoint Landfill east of town operated by Eddy County.

On September 10, 2019, CNN televised a news story on The Carlsbad Medical Center. The story was titled, "When some patients don't pay, this hospital sues." The news item addressed the remote community's limited hospital care options, and seized wages for exorbitant billing.

All content from Kiddle encyclopedia articles (including the article images and facts) can be freely used under Attribution-ShareAlike license, unless stated otherwise. Cite this article:
Carlsbad, New Mexico Facts for Kids. Kiddle Encyclopedia.