List of police forces in the United Kingdom facts for kids

This is a list of the Police forces in the United Kingdom and Northern Ireland.

Police Officer numbers in England and Wales are at their highest ever levels. 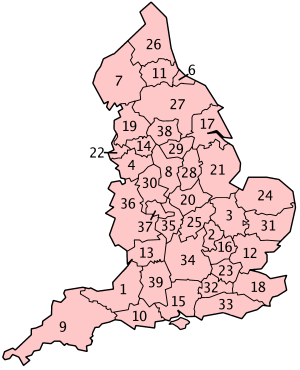 In September 2006 police numbers in England were:

In September 2006 police numbers in Wales were: 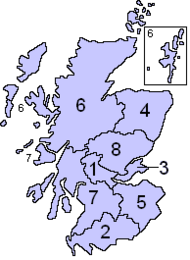 Most areas of Policing in Scotland are done by the Scottish Government and Scottish Parliament, but some rights remain with the Scottish Office in the UK Government. These areas include national security, terrorism, firearms and drugs.

As of 1 April 2013, Policing in Scotland is the responsibility of the Police Service of Scotland.

The Royal Ulster Constabulary was formed in 1922 to police the new Northern Ireland. It was renamed in 2001 following the Good Friday Agreement of 1998 undertaken by the Patten Commission.

In April 2007 police numbers in Northern Ireland were:

The Police Service of Northern Ireland does not employ Police Community Support Officers.

All content from Kiddle encyclopedia articles (including the article images and facts) can be freely used under Attribution-ShareAlike license, unless stated otherwise. Cite this article:
List of police forces in the United Kingdom Facts for Kids. Kiddle Encyclopedia.