Natalie Merchant (born October 26, 1963 in Jamestown, New York) is an American musician, recording artist and singer-songwriter. Her hit singles include Carnival and Trouble Me. She was part of 10,000 Maniacs until 1993. She then left the group for a solo career. 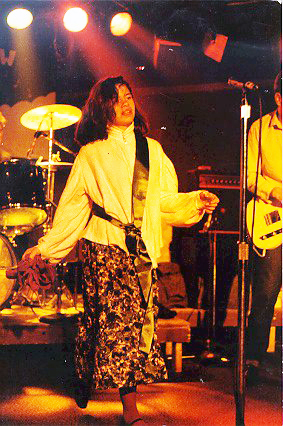 Merchant became known for her swirling style of dancing and her simple dress while performing with 10,000 Maniacs

In 2003, Merchant married Daniel de la Calle. They had a daughter named Lucia. However, in an interview in 2012, she indicated that she is now divorced. She likes gardening and painting. Some paintings can be seen at her official website. She has been a vegetarian since 1980.

All content from Kiddle encyclopedia articles (including the article images and facts) can be freely used under Attribution-ShareAlike license, unless stated otherwise. Cite this article:
Natalie Merchant Facts for Kids. Kiddle Encyclopedia.