Nebraska City is a city in, and the county seat of, Otoe County, Nebraska, United States. As of the 2010 census, the city population was 7,289.

The Nebraska State Legislature has credited Nebraska City as being the oldest incorporated city in the state, as it was the first approved by a special act of the Nebraska Territorial Legislature in 1855.

Nebraska City is home of Arbor Day, the Missouri River Basin Lewis and Clark Center (which focuses on the natural history achievements of the expedition), and the Mayhew Cabin, the only site in the state recognized by the National Park Service as a station on the Underground Railroad.

Early European-American official exploration was reported in 1804 by Lewis and Clark as they journeyed west along the Missouri River. They encountered many of the historic Native American tribes whose ancestors had inhabited the territory for thousands of years.

During the years of early pioneer settlement, in 1846 the US Army built Old Fort Kearny at Nebraska City. Several years later, the army abandoned it to relocate the fort to central Nebraska, now south of present-day Kearney.

Shortly after the post was vacated, John Boulware developed an important river-crossing and ferry service from Iowa to present-day Nebraska City. He and his father expanded their business and in 1852 or 1853 built a ferry house, the first residence in Nebraska City. 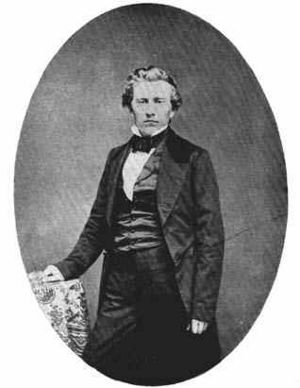 By the mid-19th century, steamboats on the Missouri River were the vitalizing force behind Nebraska City’s growth - bringing commerce, people and freight to the west. In the spring of 1858 Russell, Majors and Waddell started freighting from Nebraska City on a government contract to transport all provisions for all western forts. The supplies were brought up the Missouri River by steamboat and then taken out by wagon train. Nebraska City's favorable position (with a gradual slope from the river to the table land above) and good trail made it an important link to the west.

Since that beginning, the city became established as a regional transportation, economic, and agriculture hub for the three state area. Additional forms of transportation were important, including the steam wagon and the first locomotive engine of the Midland Pacific.

J. Sterling Morton came to Nebraska City in 1855 to edit the Nebraska City News. Originally from Michigan, he and his wife Caroline were lovers of nature. Morton served as Secretary of Agriculture under President Grover Cleveland’s administration and in 1872 he was instrumental in establishing the annual tree planting day, Arbor Day. Governor Robert Furnas of Nebraska issued the first Arbor Day Proclamation on March 31, 1874. The holiday is celebrated around the world.

Nebraska City has its own hospital, St Marys Hospital. As the county seat, it has the courthouse and associated county offices.

Nebraska City is known as "The Home of Arbor Day". In Nebraska City is Arbor Lodge, home of the first Secretary of Agriculture of the United States, J. Sterling Morton, who promoted the planting of trees on the prairie for shade, fruit, and windbreaks. The National Arbor Day Foundation has its headquarters near his home in Nebraska City.

Each year, the AppleJack Festival in Nebraska City takes place on the third weekend of September. The event has been held for over 40 years. It includes such events as a parade, a classic car show, carnival rides, the AppleJack Fun Run/Walk, a quilt show, and craft shows and events all around the city and surrounding area. In 2011, a turnout of 40–50,000 visitors was expected.

Nebraska City has a public and a Catholic school system. Nebraska City Public Schools offers K-12 education. The high school has an enrollment of about 445; its athletic teams are the Pioneers. It is a member of the Eastern Midlands Conference. Lourdes Central Catholic Schools also provides K-12 education, with a total enrollment of about 330 in all grades. Its athletic teams are the Knights.

The Nebraska Center for the Education of Children Who Are Blind or Visually Impaired was founded in 1875 and today serves students across Nebraska and western Iowa. 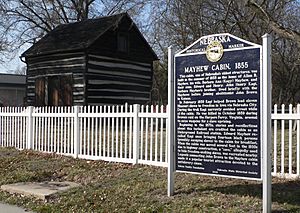 All content from Kiddle encyclopedia articles (including the article images and facts) can be freely used under Attribution-ShareAlike license, unless stated otherwise. Cite this article:
Nebraska City, Nebraska Facts for Kids. Kiddle Encyclopedia.