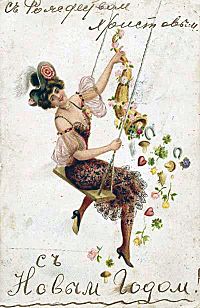 New Year's Day is a holiday in many countries. It was created to welcome the new year. In the United States and most of the other countries in the world, New Year Day is celebrated on January 1. The new year is an event that happens when a culture celebrates the end of one year and the beginning of the next. Cultures that measure yearly calendars all have new year celebrations. 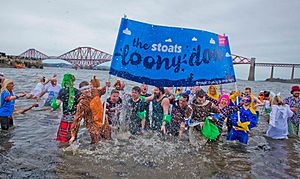 The Annual Stoats Loony Dook held in Edinburgh, Scotland on the 1st January. 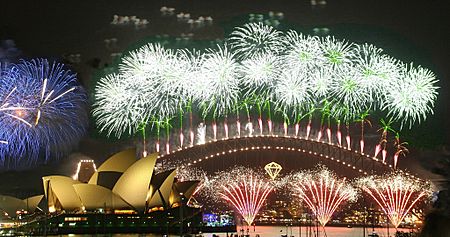 Sydney contributes to some of the major New Year celebrations each year.

Historical dates for the new year

In Christmas Style dating, the new year started on 25 December. This was used in Germany and England until the thirteenth century, and in Spain from the fourteenth to the sixteenth century.

All content from Kiddle encyclopedia articles (including the article images and facts) can be freely used under Attribution-ShareAlike license, unless stated otherwise. Cite this article:
New Year's Day Facts for Kids. Kiddle Encyclopedia.