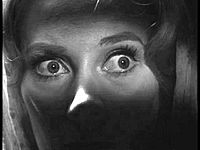 Regions of the brain associated with phobias 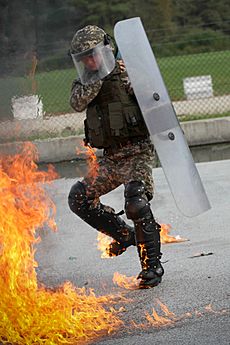 A phobia (from the Greek φόβος, meaning "fear" or "morbid fear") is a strong fear about a specific thing or situation. In psychology, phobia is considered an anxiety disorder. Phobia is different than just being scared of something. The fear is so strong that it affects, and often damages, the sufferer's life. For example, the person will usually do everything they can to avoid the thing they fear. If they cannot avoid that thing, they will suffer from very strong anxiety which can damage their social relationships, their ability to work, and other areas of their everyday life.

Difference between phobia and fear

Fear is a normal human emotion. A phobia is different from normal fear in many ways:

It can be caused by:

also psychological phobias. These include hundreds of types phobias. Some:

When a person with a phobia is exposed to their fear (encounters with the stimulus, think of it, sees the object of fear in the picture...) occur at these physical and psychological symptoms. Intensity depends on the degree of fear.

Psychological symptoms are symptoms that take place within a human. These include the:

There are different ways to help people with phobias. There is treatment available; it focuses on making the patient less sensitive to the fear they suffer from, or showing him or her how the cycle of fear works. There is also medication available (mostly sedatives) that help people cope. Finally there are self-help groups.

All content from Kiddle encyclopedia articles (including the article images and facts) can be freely used under Attribution-ShareAlike license, unless stated otherwise. Cite this article:
Phobia Facts for Kids. Kiddle Encyclopedia.