Emotions are what people feel. In terms of evolution, they are very ancient, and can be seen in all mammals.

Emotions are caused by a complex mixture of hormones and the unconscious mind. Only with great difficulty can we control our emotions by conscious effort. They cause mammals to change behaviour according to changes in their situation. In our case they sometimes run against our attempt to live our lives in a logical way.

A scientific definition is not simple;over 90 definitions have been offered by experts. A definition of emotion needs to includes three things:

Here is one definition:

"Emotion is a complex psychological phenomenon which occurs as animals or people live their lives. Emotions involve physiological arousal, appraisal of the situation, expressive behaviours, and conscious experience. Emotion is associated with feeling, mood, temperament, personality, disposition, and motivation".

In physical terms, emotions involve body systems which have operated for hundreds of millions of years. These are the hormone system, the autonomic nervous system and the 'lower' brain centres (hindbrain and midbrain). 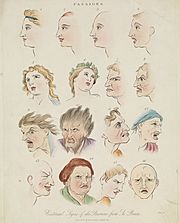 The word "emotion" dates back to 1579, when it was adapted from the French word émouvoir, which means "to stir up". The term emotion was introduced into academic discussion as a catch-all term to passions, sentiments and affections. According to one dictionary, the earliest precursors of the word likely dates back to the very origins of language. The modern word emotion is heterogeneous In some uses of the word, emotions are intense feelings that are directed at someone or something. On the other hand, emotion can be used to refer to states that are mild (as in annoyed or content) and to states that are not directed at anything (as in anxiety and depression). One line of research thus looks at the meaning of the word emotion in everyday language and this usage is rather different from that in academic discourse. Another line of research asks about languages other than English, and one interesting finding is that many languages have a similar but not identical term

Emotions have been described by some theorists as discrete and consistent responses to internal or external events which have a particular significance for the organism. Emotions are brief in duration and consist of a coordinated set of responses, which may include verbal, physiological, behavioral, and neural mechanisms. Psychotherapist Michael C. Graham describes all emotions as existing on a continuum of intensity. Thus fear might range from mild concern to terror or shame might range from simple embarrassment to toxic shame. Emotions have also been described as biologically given and a result of evolution because they provided good solutions to ancient and recurring problems that faced our ancestors. Moods are feelings that tend to be less intense than emotions and that often lack a contextual stimulus.

Emotion can be differentiated from a number of similar constructs within the field of affective neuroscience:

In addition, relationships exist between emotions, such as having positive or negative influences, with direct opposites existing. These concepts are described in contrasting and categorization of emotions. Graham differentiates emotions as functional or dysfunctional and argues all functional emotions have benefits.

In Scherer's components processing model of emotion, five crucial elements of emotion are said to exist. From the component processing perspective, emotion experience is said to require that all of these processes become coordinated and synchronized for a short period of time, driven by appraisal processes. Although the inclusion of cognitive appraisal as one of the elements is slightly controversial, since some theorists make the assumption that emotion and cognition are separate but interacting systems, the component processing model provides a sequence of events that effectively describes the coordination involved during an emotional episode.

A distinction can be made between emotional episodes and emotional dispositions. Emotional dispositions are also comparable to character traits, where someone may be said to be generally disposed to experience certain emotions. For example, an irritable person is generally disposed to feel irritation more easily or quickly than others do. Finally, some theorists place emotions within a more general category of "affective states" where affective states can also include emotion-related phenomena such as pleasure and pain, motivational states (for example, hunger or curiosity), moods, dispositions and traits.

The classification of emotions has mainly been researched from two fundamental viewpoints. The first viewpoint is that emotions are discrete and fundamentally different constructs while the second viewpoint asserts that emotions can be characterized on a dimensional basis in groupings. 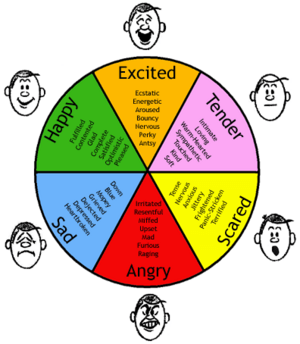 For more than 40 years, Paul Ekman has supported the view that emotions are discrete, measurable, and physiologically distinct. Ekman's most influential work revolved around the finding that certain emotions appeared to be universally recognized, even in cultures that were preliterate and could not have learned associations for facial expressions through media. Another classic study found that when participants contorted their facial muscles into distinct facial expressions (for example, disgust), they reported subjective and physiological experiences that matched the distinct facial expressions. His research findings led him to classify six emotions as basic: anger, disgust, fear, happiness, sadness and surprise.

Robert Plutchik agreed with Ekman's biologically driven perspective but developed the "wheel of emotions", suggesting eight primary emotions grouped on a positive or negative basis: joy versus sadness; anger versus fear; trust versus disgust; and surprise versus anticipation. Some basic emotions can be modified to form complex emotions. The complex emotions could arise from cultural conditioning or association combined with the basic emotions. Alternatively, similar to the way primary colors combine, primary emotions could blend to form the full spectrum of human emotional experience. For example, interpersonal anger and disgust could blend to form contempt. Relationships exist between basic emotions, resulting in positive or negative influences. 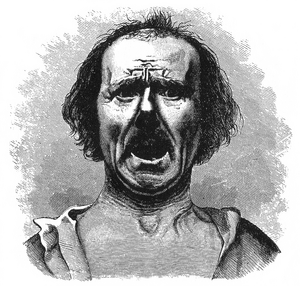 Figure 21, "Horror and Agony", from a photograph by Guillaume Duchenne (more images)

The study of emotions became one of Darwin's books after The Descent of Man. He published The Expression of the Emotions in Man and Animals in 1873. He had discovered, by sending letters and a list of questions worldwide, that in different societies emotions were expressed in almost the same way.

If so, the mechanisms which made the expressions must be inherited. They must have been developed in the same way as all other features of man, evolution by natural selection. It was already known from anatomy that the muscles and nerves of the face were the same or similar in all humans.

Darwin illustrated the expression of the emotions with a series of photographs and woodcut illustrations. Ekman did the same thing on a research visit to New Guinea, where he asked villagers to identify the emotions shown in the photographs. This was part of a long-term effort to test and extend Darwin's insights into emotions. Some of Ekman's conclusions are:

All content from Kiddle encyclopedia articles (including the article images and facts) can be freely used under Attribution-ShareAlike license, unless stated otherwise. Cite this article:
Emotion Facts for Kids. Kiddle Encyclopedia.