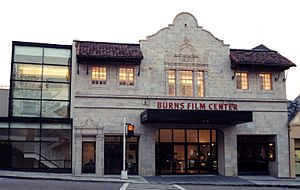 The settlement of Pleasantville dates back to an Iroquois tribe, who raised corn there and established trading routes crossing through the present-day village before the arrival of Europeans. French Huguenot Isaac See settled here as an agent for Dutch landowner Frederick Philipse in 1695, beginning the modern history of Pleasantville.

By the time of the American Revolution, the population of the growing settlement comprised English, Dutch, and Quakers, most of whom were tenant farmers. During the Revolution, this area was part of the Neutral Ground, where there were conflicting loyalties among the settlers. British spy Major John André passed through present-Pleasantville carrying information from Benedict Arnold at Fort Clinton to the British in New York City. André lost his bearings near the present-day corner of Bedford Road and Choate Lane and was captured. The capture of André is often cited as a key factor in the ultimate victory of the American forces.

As the area's population grew in the early 19th century, the settlement was called Clark’s Corners, referring to property owned by Henry Clark at the intersection of Broadway and Bedford Road. This area was the village’s original commercial center. In the 1820s, the newly appointed postmaster, Henry Romer, was directed by the Postmaster General's office in Washington, D.C., to give a name to the post office planned here. Romer's proposed name, Clarksville, was rejected because another New York post office already had the name. His second choice, Pleasantville, was accepted, and the Pleasantville Post Office opened on February 29, 1828.

A significant change in the development of Pleasantville came with the arrival of the New York Central Railroad and New York and Harlem Railroad in 1846. In the following year, a train station was built near the present corner of Bedford Road and Wheeler Avenue, and as a result the commercial center of Pleasantville shifted to its current location. The older business district at Bedford Road and Broadway is today called the Old Village. The railroad offered a speedier and more frequent connection with New York City—only 70 minutes away by rail, compared with a five-hour overland journey by stagecoach or a two-hour steamboat trip down the Hudson River. The present-day train station, which currently houses a restaurant, was built in 1905 and was moved to its present location in the 1950s to accommodate the lowering of the tracks below grade. Before the addition of the now heavily trafficked station, commuters working in New York City and lower Westchester County were forced to rely on rides from Marc Damon, now famous in Pleasantville for being "The Friendly Coachman".

According to several sources, Pleasantville was a stop on the Underground Railroad, a network of safe houses for escaped slaves from the South on their way to freedom in the north.

The latter half of the 19th century was a time of rapid growth in Pleasantville. By the 1870s, there were four shoemaking businesses, a shirtmaking business, and a pickle factory. The first newspaper to serve the village, The Pleasantville Pioneer, was launched at about 1886. The village's numerous small farms and orchards began to be subdivided for a wave of solid foursquare and Victorian houses built for a growing middle class. The 1890s saw the establishment of a police department, volunteer fire department, and a library system. Pleasantville was incorporated as a village on March 16, 1897.

In the following years, Pleasantville quickly developed into a modern suburb of New York, with a large number of workers commuting between the village and the metropolis on what is now the Metro-North Railroad's Harlem Line. During the first two decades of the 20th century, roads were paved for the first time, water mains were installed, and electrical wires brought power to the village's houses. Other improvements during the first half of the 20th century include the construction of Soldiers and Sailors Field in 1909, the Saw Mill River Parkway in 1924, the Rome Theater in 1925, Memorial Plaza in 1930, Parkway Field in 1930, and Nannahagen Park in 1937 (the adjacent village pool was completed two years later). By the time of World War II, the village had taken on the appearance that it bears today.

Pleasantville merits interest for its literary history. Playwright Lillian Hellman (The Children’s Hour, The Little Foxes) bought Hardscrabble Farm on the western outskirts of Pleasantville and lived there in the 1940s and 1950s. For many years author Dashiell Hammett (The Thin Man, The Maltese Falcon), with whom Hellman was romantically involved, lived and worked at Hardscrabble Farm. DeWitt Wallace and Lila Bell Wallace, co-founders of Reader's Digest, made Pleasantville their headquarters in 1922, using a converted garage and pony shed on Eastview Avenue as their office and later building a home and larger office space on adjacent property. Subsequently, the Digest held office space in several buildings throughout Pleasantville, including the present-day Village Hall at Bedford Road and Wheeler Avenue and, diagonally opposite, the bank building currently occupied by Chase. Reader’s Digest moved its headquarters to nearby Chappaqua in 1939, but retained its Pleasantville post office box, thus making the name of the village familiar to millions of Reader's Digest subscribers around the world. Pleasantville is also the home of Joseph Wallace, writer of the novel Diamond Ruby. Today Pleasantville is home to many novelists, editors, and writers, who find its easygoing charm and proximity to New York an attractive combination. 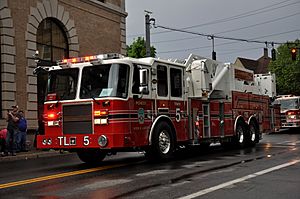 Pleasantville's reputation as a cultural center was enhanced in 2001 with the opening of the nonprofit Jacob Burns Film Center in the landmark Rome Theater, a Spanish mission-style building and one of the first movie theaters in Westchester County. The Burns Center is dedicated to presenting independent, documentary, and world cinema. Guest speakers at the Burns Center have included Jerry Lewis, Woody Allen, Jonathan Demme, Robert Klein, Oliver Stone, Stephen King, Rob Lowe and numerous other notable filmmakers and actors.

In 1948, in the neighboring hamlet of Thornwood, also part of the Town of Mount Pleasant and adjacent to Pleasantville, off Bear Ridge Road, acolytes of Frank Lloyd Wright began putting their lessons to work by building homes in their mentor's modernist, open-plan style. The neighborhood, called Usonia Homes, comprises 50 houses spread among 100 acres (0.40 km2) of wooded hillside; the development includes two houses designed by Wright himself.

According to Chandler Burr of GQ, Pleasantville is among the "Top Ten Best Smelling Cities in the World". Although Pleasantville is technically not a city, Burr contends that, "Money changes the smell of everything, and wealthy towns where people who want to flee New York's asphalt canyons go to have gardens and lawns have scents as restricted as the covenants guarding their real estate values. Maple, oak, and pine smell cyclically different as the seasons turn, and Pleasantville's scent is based on these trees and their leaves at all stages—green, yellow, dead brown, and budding. When you close your eyes you get grass and then the smell of 'America as it was' whenever that might mean for your nose. If Normal Rockwell's paintings emitted a scent, this is what it would be."

Pleasantville is home to the Westchester Table Tennis Center, where over 250 members compete, practice and train for various tournaments, and now, many are even training to become olympic athletes. The Captain Lawrence Brewing Company's first brewing location was in Pleasantville.

Pleasantville is also home to the Pleasantville Farmers Market. Started in 1998 as one of the first markets in Westchester with a goal of breathing life into a struggling downtown, the Saturday morning market is now the largest year-round farmers market in Westchester County, attracting upwards of 3,500 people a week to shop from over 55 vendors of locally grown and produced food. The market is run by volunteers in the community as a non-profit, and it has won the readers' choice "Best of Westchester" award from Westchester Magazine for three consecutive years.

Pleasantville is also the only place in America to have hosted a royal wedding, between Estelle Bernadotte and a duke of Sweden who rejected his claim to the crown.

The Marmaduke Forster House was added to the National Register of Historic Places in 2011.

The Pleasantville Police Department has received several complaints in recent years. In 2008, former Detective Sergeant Stephen Bonura retired after being suspended for outing a confidential informant and stating deliberately misleading and false information to an internal affairs investigator. At that time Bonura, along with the support of other officers, claimed that these actions did not warrant his discharge because the department's staff was ill-run by the Village. That same year, Pleasantville resident Kian Daniel Khatibi was released from prison after his older brother confessed to two stabbings at a Pleasantville bar for which Kian was wrongly convicted; it was alleged that village detectives had framed him in 1998. In October 2010 Danroy Henry Jr. was killed in a melee after Pleasantville Police responded to a report of a disturbance at a local gathering. The Grand Jury declined to charge the officer responsible. In 2011, Chief of Police Anthony Chiarlitti, whose tenure oversaw all of these incidents, retired from the force. Recently the village has also looked into eliminating its small police department in favor of either a merger with the neighboring Mount Pleasant Police Department or a takeover by Westchester County Police.

According to the United States Census Bureau, the village has a total area of 1.8 square miles (4.7 km2), all of it land.

There were 2,637 households out of which 35.2% had children under the age of 18 living with them, 58.3% were married couples living together, 7.8% had a female householder with no husband present, and 30.8% were non-families. 25.6% of all households were made up of individuals and 10.3% had someone living alone who was 65 years of age or older. The average household size was 2.61 and the average family size was 3.16.

All content from Kiddle encyclopedia articles (including the article images and facts) can be freely used under Attribution-ShareAlike license, unless stated otherwise. Cite this article:
Pleasantville, New York Facts for Kids. Kiddle Encyclopedia.