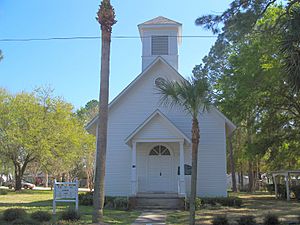 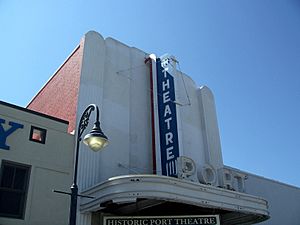 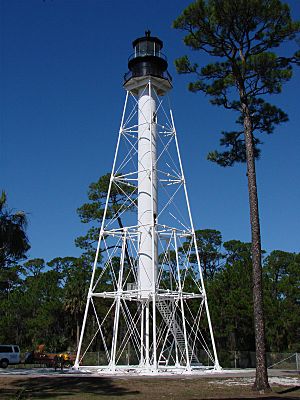 Port St. Joe is served by a variety of transportation modes.

Port St. Joe is traversed by the Gulf Intracoastal Waterway (GIWW), a federally maintained canal with a channel of 12 feet (3.7 m) deep by 125 feet (38 m) wide, which provides access from St. Marks, Florida, to Brownsville, Texas. From the GIWW, barges can be moved inland on various river systems including the Mississippi River, Tombigbee River Waterway System, and the Apalachicola River. The Apalachicola River is Gulf County's eastern boundary.

The Port of Port St. Joe shipping channel is congressionally authorized to a depth of 35 feet (11 m) and connects to the shipping lanes of the Gulf of Mexico and to the world. Existing facilities include a manufacturer of chemical lime from dolomite, a chemical plant, a 9 million ton/year dry bulk barge-to-rail transloading terminal, and a builder of dive-cruise ships.

The AN Railway previously served the industries and port of Port St. Joe and had a history of transporting a variety of products including wood chips and other forest products, chemicals, and coal. In light of the latter, most of its 96-mile (154 km) mainline consisted of heavy duty, 140-pound (64 kg) rail on concrete ties. The AN connected with the Class I CSX Transportation at Chattahoochee, Florida. There is currently no rail service in Port St. Joe.

All content from Kiddle encyclopedia articles (including the article images and facts) can be freely used under Attribution-ShareAlike license, unless stated otherwise. Cite this article:
Port St. Joe, Florida Facts for Kids. Kiddle Encyclopedia.