Princeton is a home rule-class city in Caldwell County, Kentucky, in the United States. It is the seat of its county. The population was 6,329 during the 2010 U.S. Census. 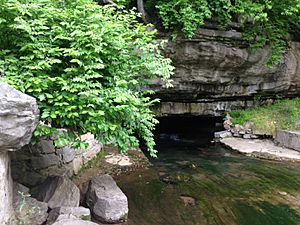 Big Springs Cave in the center of Princeton

The community at the head of Eddy Creek was first called Eddy Grove for the creek's source at a large whirling spring. 1,700 acres (690 ha) of surrounding land was granted to the Virginian William Prince for his service during the American Revolution. He settled there in what was then Livingston County in 1799 and erected Shandy Hall, a brick home and tavern. Prince's heirs and another local landowner named Thomas Frazier granted 40 acres (16 ha) around Eddy Grove and Prince's Place towards the establishment of a new town in 1817, provided the courthouse of the newly formed Caldwell County was relocated there from Eddyville. The county court accepted the proposal in July and named the new community Princetown, which shortened to Princeton by the time of the Eddy Grove.

Construction of Princeton College began in 1860 but was delayed by the commencement of the Civil War. Confederate troops camped on its campus in 1861, using one of the buildings as a hospital. Following the Confederate retreat in early 1862, Union soldiers occupied the town for the remainder of the war. In December 1864, Confederate-allied Kentuckian cavalry under Gen. Hylan B. Lyon raided the town and razed the courthouse, which was serving as a Union garrison.

The expansion of railroads in the late 19th century made Princeton an important junction on several major railway lines, most notably the Illinois Central and the L&N. Princeton was also at the center of the Black Patch Tobacco Wars that occurred after the turn of the 20th century. 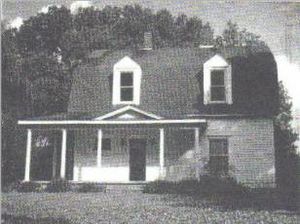 The festival is named after the unique variety of "Black Patch" tobacco grown in the surrounding areas of western Kentucky and northwest Tennessee. Tobacco was at the center of one of the largest civil uprisings in American history.

By the start of the 20th century, an agricultural boom in dark leaf tobacco had made Caldwell County, along with Christian County, a major tobacco growing area. However, the monopolization of the tobacco market by James B. Duke left many farmers in debt. A vigilante force called the Night Riders was formed to combat the Duke monopoly and terrorized those who cooperated with the tobacco company by destroying crops, burning warehouses, and even physical intimidation.

On December 1, 1906, the Night Riders raided Princeton and burned the largest tobacco factories in the world. 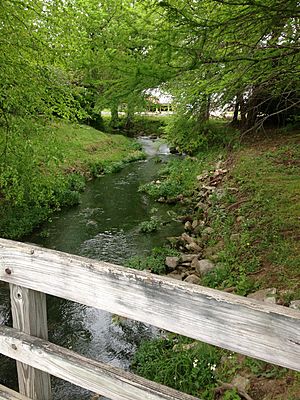 This large, natural spring flows from a cave located in the heart of downtown Princeton. The town's founder chose to build his home above the spring and established a sawmill close by. Ancient trails used by animals and early Indians, and later by stagecoaches and pioneers, all met at the spring. They led to the major rivers of the area, the Cumberland and the Ohio.

During the Cherokee removal of 1838-39, the Native Americans were to be moved west on steamboats. However, a severe drought in the summer of 1838 made river travel all but impossible. With thousands of people, plus a large number of horses, wagons, and other livestock, water was of the utmost importance for survival. Eleven of the 13 Ross detachments came through Princeton on their way to the Ohio River and stopped at Big Spring.

Big Spring Park, a certified site, is owned by the City of Princeton and is accessible to visitors. 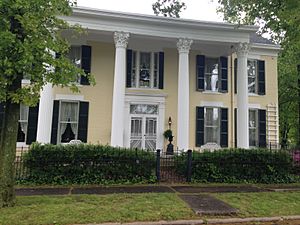 Adsmore is a living history museum located on North Jefferson Street in Princeton. It is the only living home museum in Kentucky. Its name is believed to be derived because of numerous additions and renovations over 150 years.

Adsmore reflects the lifestyle of the prominent Smith-Garrett family at the close of the "Golden Age". Tours center on events which took place in the lives of John Parker Smith and Nancy Bond Kevil Smith and their five children: Mayme, Kate, Shell, James Urey (Did) and Selina. Different "seasons" are presented throughout the year to reflect the events of the Smith-Garrett family throughout the years as well as holidays. These different settings include Christmas, Easter, the Black Patch War and weddings and engagements.

Princeton is home to the annual Pennington Folk Festival, hosted each summer on the grounds of the Old Butler High School by the Princeton Art Guild. Started in 1997, the Pennington Festival has been a staple music event for western Kentucky, honoring the town's own Eddie Pennington for his contributions to folk music and Kentucky's own thumbpicking guitar style. Eddie Pennington, a nationally recognized musician, continues the tradition of "thumbpicking" popularized by Merle Travis and further developed by instrumentalists such as Chet Atkins. 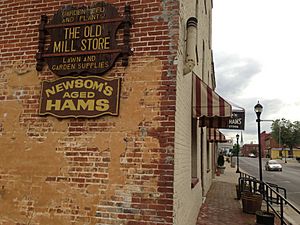 Newsom's ham was honored to participate in the 5th World Congress of Dry Cured Hams in Aracena, Spain, in May 2009, and a two-year-old Newsom's ham was encased for continuing display in the Jamon Museum there, the only ham in the United States of America to be invited. Newsom's ham was also served at the Kentucky Ball during the 2008 Presidential Inauguration. 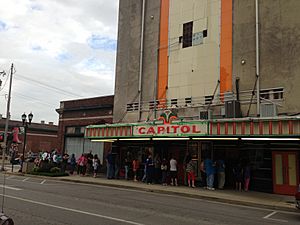 The original theater on this site was the Savoy Theater. It burned to the ground in 1937. The Capitol Cinemas was built on the same site and opened in 1939. The Capitol was re-opened in 1996 and has been in continuous operation since that time. It is the only restored Art Deco theatre in a small community that shows current movies on three screens. 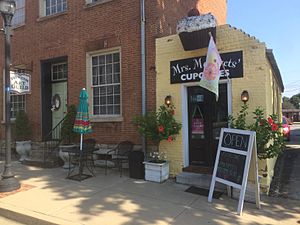 Efforts were organized in 2006 to bring the community on board with plans for a "new look" to the downtown historic district. It was emphasized that with community participation, donated funds and volunteer labor, Princeton's downtown could be transformed. 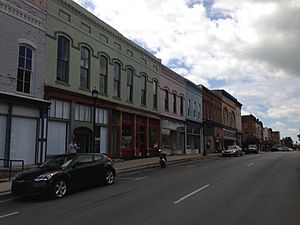 In 2008 the Kentucky Heritage Council honored the town with the Ida Lee Willis Memorial Foundation's Preservation Award "in recognition of the significant accomplishment involving the preservation and historic restoration through increased awareness and civic involvement" for "Let's Paint the Town!". At the invitation of the National Trust for Historic Preservation, "Let's Paint the Town!" was honored to present its success to the nation in Chicago (2009) and Oklahoma City (2010) at the National Main Streets Conference.

Hays Spring, located on Hayes Spring Road west of the city limits, is a natural spring that once supplied the water to the Princeton area.

Princeton will be a prime viewing spot for the total solar eclipse of August 21, 2017. This eclipse will be viewable through a long path across the United States, with the maximum peak in Princeton, where the eclipse will cover a path 115 km (71 mi) wide and last over 2½ minutes, peaking at 18:25 UT (13:25 CDT).

The climate in this area is characterized by hot, humid summers and generally mild to cool winters. According to the Köppen Climate Classification system, Princeton has a humid subtropical climate, abbreviated "Cfa" on climate maps. 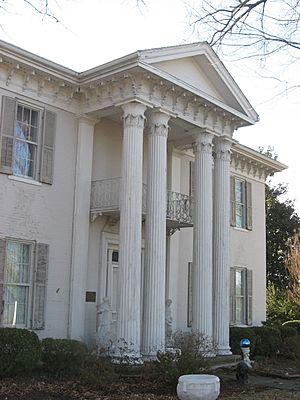 L. B. Overly House, listed on the National Register of Historic Places

There were 2,810 households out of which 27.9% had children under the age of 18 living with them, 47.3% were married couples living together, 13.6% had a female householder with no husband present, and 36.0% were non-families. 33.1% of all households were made up of individuals and 18.4% had someone living alone who was 65 years of age or older. The average household size was 2.24 and the average family size was 2.83.

All content from Kiddle encyclopedia articles (including the article images and facts) can be freely used under Attribution-ShareAlike license, unless stated otherwise. Cite this article:
Princeton, Kentucky Facts for Kids. Kiddle Encyclopedia.