Ranunculaceae (buttercup or crowfoot family; Latin rānunculus "little frog", from rāna "frog") is a family of over 2,000 known species of flowering plants in 43 genera, distributed worldwide.

Ranunculaceae are mostly herbaceous annuals or perennials, but some woody climbers (such as Clematis) or shrubs (e.g. Xanthorhiza).

Most members of the family have bisexual flowers which can be showy or inconspicuous. Flowers are solitary, but are also found aggregated in cymes, panicles, or spikes. The flowers are usually radially symmetrical but are also found to be bilaterally symmetrical in the genera Aconitum and Delphinium. The sepals, petals, stamens and carpels are all generally free (not fused), the outer flower segments typically number four or five. The outer stamens may be modified to produce only nectar, as in Helleborus and Delphinium. In some genera, such as Thalictrum the sepals are colorful and appear petal-like and the petals can be inconspicuous or absent. The stems are unarmed. The leaves are variable. Most species have both basal and cauline (stem) leaves, which are usually compound or lobed but can be simple. They are typically alternate, or occasionally opposite or even whorled. Many species, especially the perennials form rhizomes that develop new roots each year. Ficaria verna can reproduce vegetatively by means of root tubers produced in the leaf axils. Some members of the genus Thalictrum utilize anemophily while others utilize entomophily. Flowers of the entomophilous genus Papaver, also of the Ranunculales order, produce only pollen. Until recently, it was believed that the species of the genus Anemone also lack nectar.

The fruits are most commonly free, unfused achenes (e.g. Ranunculus, Clematis) or follicles (e.g. Helleborus, Eranthis, Nigella), but a berry in Actaea. 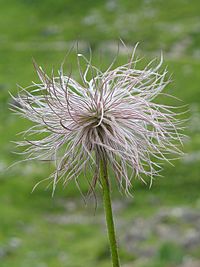 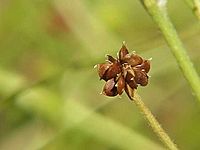 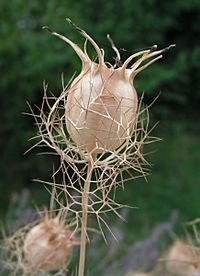 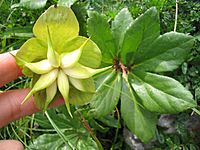 Ranunculaceae contain protoanemonin, which is toxic to humans and animals. Other poisonous or toxic compounds, alkaloids and glycosides, are also common.

All content from Kiddle encyclopedia articles (including the article images and facts) can be freely used under Attribution-ShareAlike license, unless stated otherwise. Cite this article:
Ranunculaceae Facts for Kids. Kiddle Encyclopedia.