Rockbridge County is a county in the Commonwealth of Virginia. As of the 2010 United States Census, the population was 22,307. Its county seat (and largest community) is the city of Lexington. The independent cities of Buena Vista (6,680) and Lexington (7,170) are both enclaved within the county's geographical borders, and are the county's only incorporated cities. 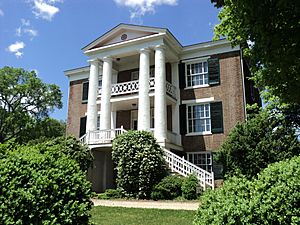 Cyrus McCormick invented the reaper near Steele's Tavern at the northern end of the county. 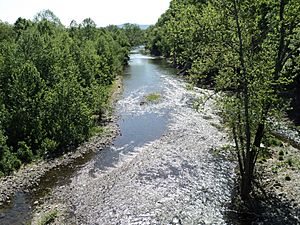 All content from Kiddle encyclopedia articles (including the article images and facts) can be freely used under Attribution-ShareAlike license, unless stated otherwise. Cite this article:
Rockbridge County, Virginia Facts for Kids. Kiddle Encyclopedia.