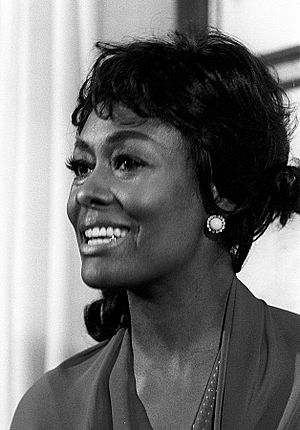 Verrett was born in New Orleans and raised in Los Angeles. She died in Ann Arbor, Michigan at age 79 from heart failure.

All content from Kiddle encyclopedia articles (including the article images and facts) can be freely used under Attribution-ShareAlike license, unless stated otherwise. Cite this article:
Shirley Verrett Facts for Kids. Kiddle Encyclopedia.