Apple offers a wide range of voice commands to interact with Siri, including, but not limited to:

Siri also offers numerous pre-programmed responses to amusing questions. Such questions include "What is the meaning of life?" to which Siri may reply "All evidence to date suggests it's chocolate"; "Why am I here?", to which it may reply "I don't know. Frankly, I've wondered that myself"; and "Will you marry me?", to which it may respond with "My End User Licensing Agreement does not cover marriage. My apologies."

In September 2014, Apple added the ability for users to speak "Hey Siri" to enable the assistant without the requirement of physically handling the device.

In September 2015, the "Hey Siri" feature was updated to include individualized voice recognition, a presumed effort to prevent non-owner activation.

With the announcement of iOS 10 in June 2016, Apple opened up limited third-party developer access to Siri through a dedicated application programming interface (API). The API restricts usage of Siri to engaging with third-party messaging apps, payment apps, ride-sharing apps, and Internet calling apps. 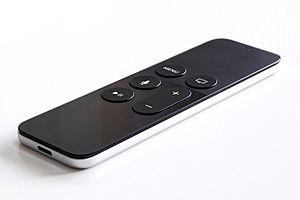 Siri provided the voice of 'Puter in The Lego Batman Movie.

All content from Kiddle encyclopedia articles (including the article images and facts) can be freely used under Attribution-ShareAlike license, unless stated otherwise. Cite this article:
Siri Facts for Kids. Kiddle Encyclopedia.