Space Exploration Technologies Corporation, or more commonly SpaceX is a space transport company based in Hawthorne, California. It was founded in 2002 by Elon Musk, who also founded PayPal. It has developed rockets that can lift cargo into space, fly it to the International Space Station (ISS), and safely return cargo back to Earth. In December of 2010, it became the first private company to successfully launch, orbit and recover a spacecraft.

SpaceX announced in 2011 that it was beginning a reusable launch system technology development program.

In December 2015, the first Falcon 9 was flown back to a landing pad near the launch site, where it successfully accomplished a propulsive vertical landing. This was the first such achievement by a rocket for orbital spaceflight.

In April 2016, with the launch of CRS-8, SpaceX successfully vertically landed a first stage on an ocean drone ship landing platform. In May 2016, in another first, SpaceX again landed a first stage, but during a significantly more energetic geostationary transfer orbit mission.

In March 2017, SpaceX became the first to successfully re-launch and land the first stage of an orbital rocket.

In September 2016, CEO Elon Musk unveiled the mission architecture of the Interplanetary Transport System program, an ambitious privately funded initiative to develop spaceflight technology for use in crewed interplanetary spaceflight.

In 2017, Musk unveiled an updated configuration of the system, now named the BFR (Big Falcon Rocket), which is planned to be fully reusable and will be the largest rocket ever on its debut, currently scheduled for the early 2020s.

SpaceX Dragon is grabbed by the ISS robotic arm

One of SpaceX's recent inventions was the Falcon rocket, which were built to be reusable. The standard in the rocket industry is to either leave these rockets in space or destroy them on their return to Earth, because sufficient technology wasn't available. SpaceX is recognized in the industry for creating that technology. This allows manufacturers to spend less money and materials creating materials, so the cost of space flight becomes significantly cheaper. SpaceX's current version of the rocket is Falcon 9. These rockets can be used by themselves, or they can be used as boosters, which are rockets that are attached to a larger one. An example of this is the Falcon Heavy, which is a rocket that uses two Falcon 9 boosters that are placed on either side. Its first flight was on February 6th, 2018, when it used two Falcon 9 boosters that had previously flown. 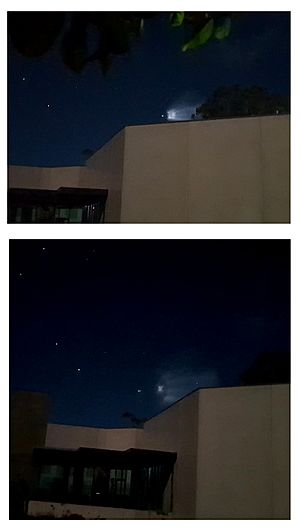 SpaceX also built the Dragon spacecraft, which is filled with equipment and supplies for the astronauts on the ISS. The capsule is put on one of the Falcon rockets (because the Dragon does not have big enough rockets to fly to space on its own) and flown into orbit. From orbit it separates from the boosters, then the capsule uses its own smaller rockets to get to the ISS. Then the capsule is filled up with old equipment, the results of science experiments, and garbage. It then reenters the Earth's atmosphere and parachutes into the ocean.

SpaceX designs, builds, and tests its components inside SpaceX itself, not other companies. Because they don't need to pay other companies, SpaceX spends less money when they create their rockets. Some things SpaceX has made by itself includes the Merlin, Kestrel, and Draco rocket engines used on the Falcon launch vehicles and the Dragon spacecraft.

Future projects include a NASA robotic mission to Mars and the Big Falcon Rocket.

Musk has stated that his intention for the company is to help in the creation of a permanent human presence on Mars.

All content from Kiddle encyclopedia articles (including the article images and facts) can be freely used under Attribution-ShareAlike license, unless stated otherwise. Cite this article:
Space Exploration Technologies Corporation Facts for Kids. Kiddle Encyclopedia.