The State of North Queensland is a proposed state of Australia. 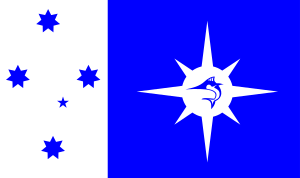 In 1852, John Dunmore Lang proposed – in his book Freedom and Independence for the Golden Lands of Australia: the right of the colonies, and the interest of Britain and of the world – the division of the future colony of Queensland into three subdivisions.

A committee of businessmen in Townsville first pushed for a separate state in July 1882. 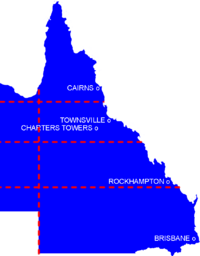 One proposal is that Queensland should be divided by the 22nd parallel with the boundary running just south of Sarina on the coast to the Northern Territory border between Boulia and Mount Isa, and the capital would be Sellheim, near Charters Towers, to overcome rivalry between Mackay, Townsville and Cairns.

According to The Courier-Mail in 2010, the majority of North Queensland mayors were in favour of the separation from Queensland proper. Only two of the 100 delegates at the NQ Local Government Association meeting were against the proposal – the two being Mayor Val Schier (Cairns) and Mayor Ben Callcott (Charters Towers).

In 2013, social demographer Bernard Salt said that Townsville would go from regional powerhouse to metropolitan city by 2026, and that there are fewer people living in the state of Tasmania than in North Queensland. 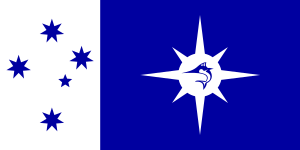 Version of the proposed flag standarised to match the Northern Territory and Australian Capital Territory flags.

Supporters of the North Queensland state include Geoffrey Blainey, and Member of Parliament Bob Katter and former member Clive Palmer.

While the Liberal National Party Coalition voted down a motion to hold a referendum at a state convention, it was backed by Senator Matt Canavan and MP George Christensen.

All content from Kiddle encyclopedia articles (including the article images and facts) can be freely used under Attribution-ShareAlike license, unless stated otherwise. Cite this article:
State of North Queensland Facts for Kids. Kiddle Encyclopedia.