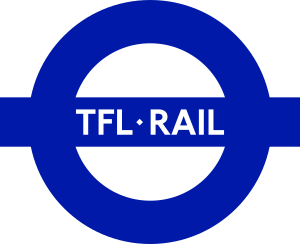 TfL Rail is a metro service operated by MTR Corporation under contract to Transport for London (TfL).

In May 2015, TfL Rail took control of the commuter service between Liverpool Street in central London and Shenfield in Essex. This branch comprises the first 14 stations on the Great Eastern Main Line. There is an interchange at Shenfield for medium- and long-distance services to East Anglia.

On 20 May 2018 TfL Rail took over operation of the Heathrow Connect service between Paddington in central London and Heathrow Airport to the west. This route has nine stations.

In December 2018, the two TfL Rail routes will merge with Crossrail to form the Elizabeth Line.

All content from Kiddle encyclopedia articles (including the article images and facts) can be freely used under Attribution-ShareAlike license, unless stated otherwise. Cite this article:
TfL Rail Facts for Kids. Kiddle Encyclopedia.