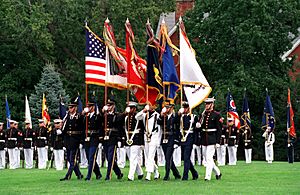 Branches of the Military

As noted above there are several different branches of the US Military. Each Branch has a different function [Land; Sea or Air]
U.S. Army