This was the highest of any Republican nominee as a vote, as well as a highest electoral vote in a United States election until Ronald Reagan was re-elected in 1984 by a huge landslide.

George Wallace, governor of Alabama was shot by a what would be assassin during the election.

George McGovern's running mate changed from Thomas Eagleton to Sargent Shriver because Eagleton had problems about his psychiatric before.

This election occurred during the Watergate scandal. 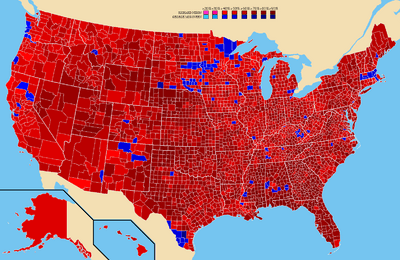 15 people declared their candidacy for the Democratic Party nomination. They were:

All content from Kiddle encyclopedia articles (including the article images and facts) can be freely used under Attribution-ShareAlike license, unless stated otherwise. Cite this article:
United States presidential election, 1972 Facts for Kids. Kiddle Encyclopedia.